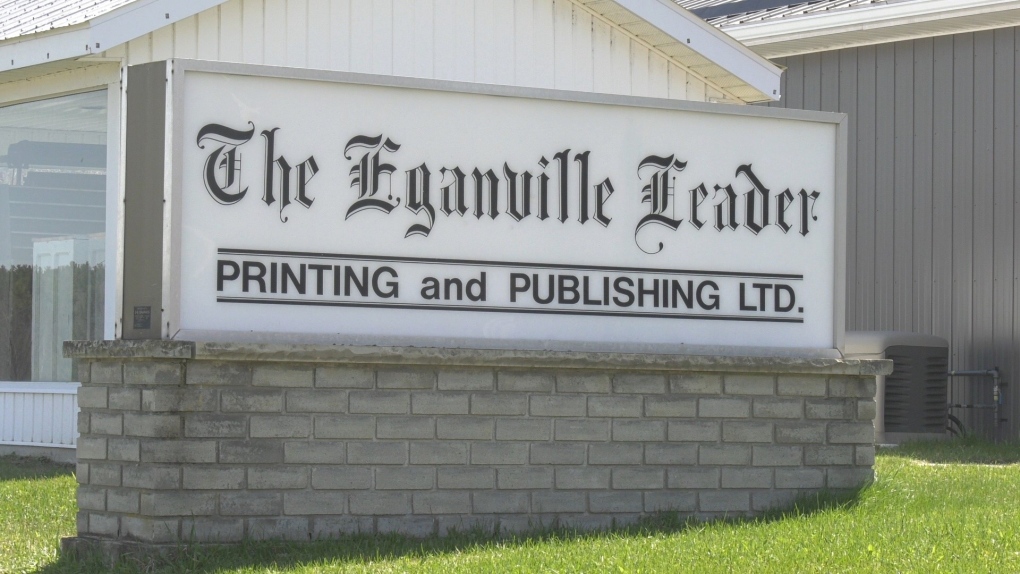 The Eganville Leader, a long-standing and trusted newspaper in the Ottawa Valley, could be printing its final issue by the end of May.

On Monday the Leader’s printing press, McLaren Press Graphics in Bracebridge, Ont., delivered the news that they would be shutting down due to the pandemic as of May 31. The Leader is one of 30 publications affected, and one of four in Renfrew County.

“It came as a complete shock, it was like a death, really,” Gerald Tracey, the paper’s publisher, told CTV News.

The paper is set to celebrate 120 years in the community in June; the final weekly issue coming out of Bracebridge will be printed for May 31.

“I’m not worried but I am upset because I don’t want to see the paper end because I know how many people look forward to it,” says Tracey, whose family has run the paper since 1944.

A reporter for over 20 years at the Eganville Leader, Terry Fleurie fears the worst for his local paper.

“I’m worried just because of the tradition the Eganville Leader has,” Fleurie tells CTV News. “There’s so many people that rely on the paper and you don’t go any place without people commenting how much they enjoy the Leader.”

With roughly 6,300 physical subscriptions in the region, the Eganville Leader is the highest paid subscription newspaper in Canada, according to Tracey, and speaks to how much the community still enjoys the paper turning up on their doorstep.

“That’s the most common thing we have heard over the years, is we want the paper in our hand,” says the Leader’s publisher.

“The biggest challenge is just to get press time,” says Tracey. “Whether they can handle our printing and the others in the county.”

“We know that he’s going to do everything in his power to find a printer to keep this tradition of the Eganville Leader going,” adds Fleurie.