WINCHESTER, ONT — With Christmas now over, people are taking down their real Christmas trees to throw away.

Instead of leaving it out on the curb, there is another option – a recyclable one that gives a second life for the unwanted firs.

South of Winchester at Vanderlaand the Barnyard Zoo, they’ve been feeding used Christmas trees to their livestock for the past five years.

“They eat all the needles and they’ll eat some of the branches and they will clean up the bark as well,” Vanderlaan said.

“There is nutrition in it but there is also a natural de-wormer in that, so it works really good for them,” Vanderlaan said. 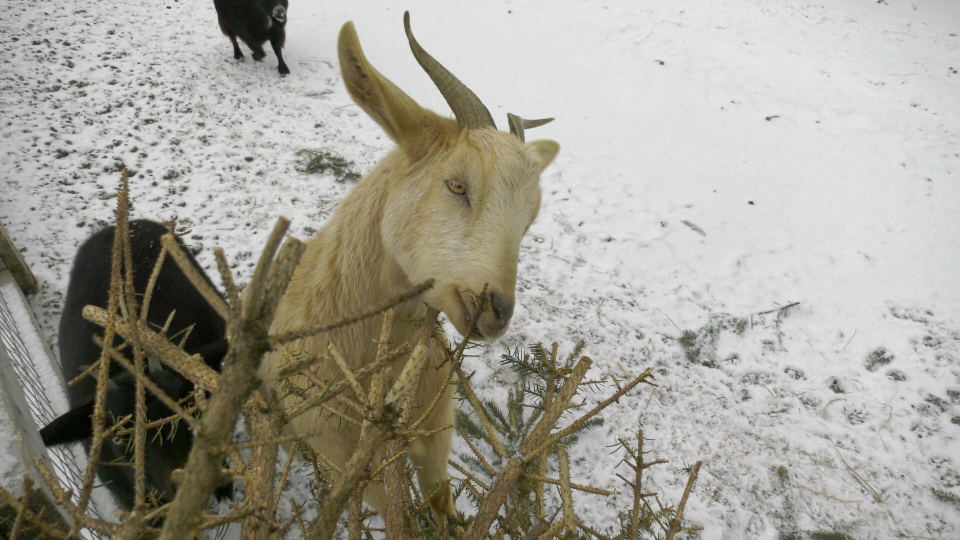 Snacking on discarded Christmas trees is now a yearly tradition on this farm and on a good year, they will receive almost 200 unwanted trees.

“I say it’s like I feed them in the morning, I throw a tree in after and it’s their dessert,” Ruth said with a laugh.

“Last year we still had a few trees in April and May, and you throw them in and it’s not something they get bored off, they enjoy them,” she added.

“That’s been in a day and a half, two days,” said Ruth’s husband Tony, pointing to a recent de-needled and de-barked tree in a goat pen.

“We usually go through two or three a day. They nibble off everything, especially the spruce ones they strip it bare,” Tony said. “The Fraser Fir ones, they like them, there are a lot finer needle on them and they even strip the bark off right down bare to the trunk of the tree.”

Usually the farm would allow specific times to drop off trees, but because of the COVID-19 lockdown, they are letting people drop off anytime during the day at the end of their driveway or along the goat pen. 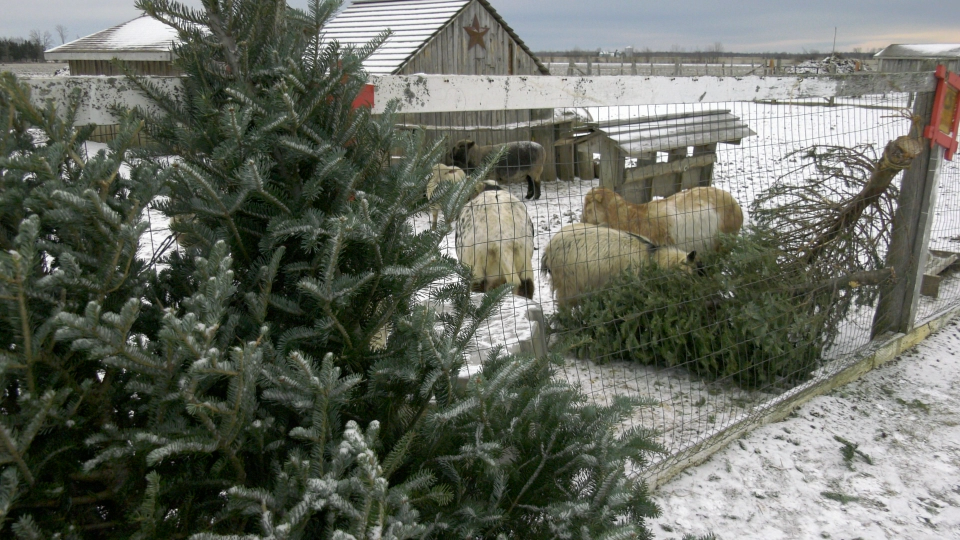 Most cities will pick up discarded trees on garbage day, but if you are looking to recycle that used real tree, farms are the best option.

“There are many farms that also take them, so seek out other farms as well. The tree is better off not going to the dump…its very recyclable,” Ruth Vanderlaan said.

Once the trees have been cleaned off, they can also be used once more according to Tony.

“I use some pallets and a two-by-four and I tie them up on to the two-by-four and it makes a snow fence. Because we have a long laneway and sometimes we’ll have drifts two to three feet high.”

He’s been keeping the cleaned off trunks to make lawn furniture out of as well, and to teach the local 4H Club about carpentry.

Normally the Vanderlaans would receive extra-unsold trees from businesses that sell them, but this year, most places sold out quickly.

“I don’t think any businesses have any trees hanging around so we definitely rely on people with their one or two trees,” Ruth said.

The Barnyard Zoo was open from June to November this year, but had to close their mobile petting zoo because of the pandemic. 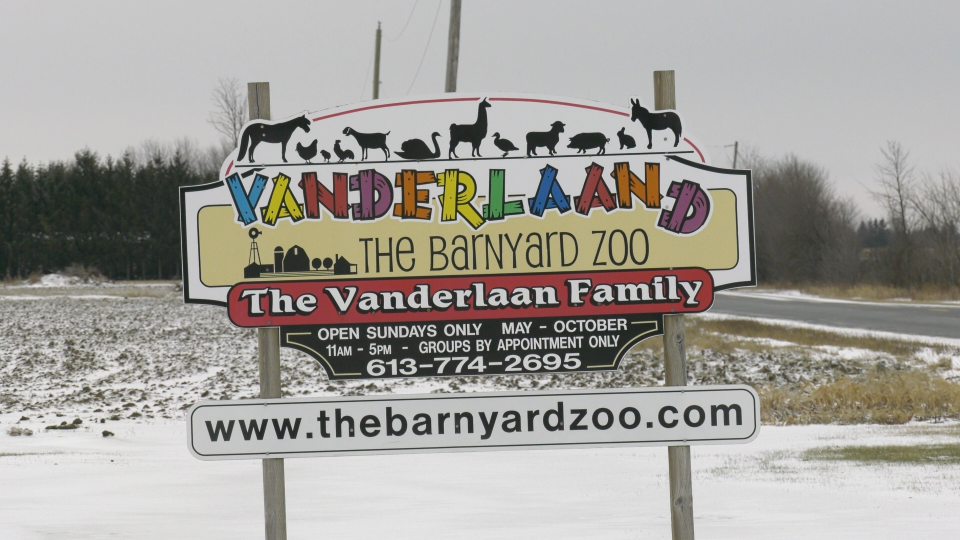 The Vanderlaans said while the number of visitors was down, almost 70 per cent of people who came were first-timers.

“My biggest concern was I have to feed animals. I have a lot of mouths relying on the income that we would have brought in through the mobile petting zoo, so we had to re-think and re-plan and I said well we’ll open the farm more and hope and pray people will come and that’s exactly what happened,” Ruth added.

“We had people that came 10, 20 times throughout last season,” she added. “People were fabulous this year. I have to admit, people who come here are normally very nice people but this year, it seemed to be above and beyond.”

“Some days I felt like my heart growing talking to lovely people who love the farm.”

If you would like to drop off a tree at Vanderlaand the Barnyard Zoo, the address is 11827 Oak Valley Rd.  (County Rd. 5), Winchester Springs.