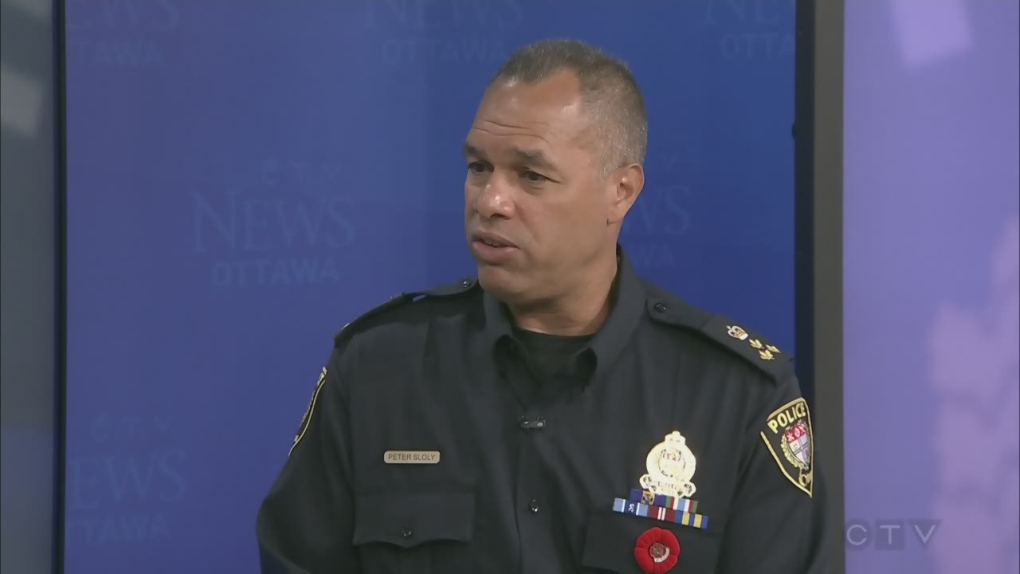 Former Ottawa police chief Peter Sloly will break his silence today, 107 days after he resigned as chief during the “Freedom Convoy” protest in downtown Ottawa.

Sloly is scheduled to appear before a parliamentary committee looking at possibly expanding the federal jurisdiction of security in the Parliamentary Precinct to include Wellington Street and Sparks Street. The debate comes as Wellington Street remains closed to vehicle traffic in front of Parliament Hill following the protest in February.

Sloly has not spoken publicly since he resigned on Feb. 15 amid heavy criticism of his handling of the protest against COVID-19 mandates that took over downtown Ottawa.

“Since the onset of this demonstration, I have done everything possible to keep this city safe and put an end to this unprecedented and unforeseeable crisis,” he said in a statement.

Sloly was hired as police chief in 2019.

The Procedure and House Affairs Committee is looking into expanding the federal jurisdiction for the “Operational Security of the Parliamentary Precinct.” Sloly will be joined by Sen. Vern White, also a former chief of the Ottawa Police Service.

Ottawa police are currently the police of jurisdiction over Wellington Street.

On Tuesday, Coun. Catherine McKenney told the committee that they believe Wellington Street in front of Parliament Hill should remain closed to vehicular traffic permanently.

“Our downtown has ample capacity to absorb any vehicular capacity that has routed away from this section of Wellington Street … Having chairs, just having space in the public realm is always going to benefit residents, people who work downtown and visitors,” McKenney said.