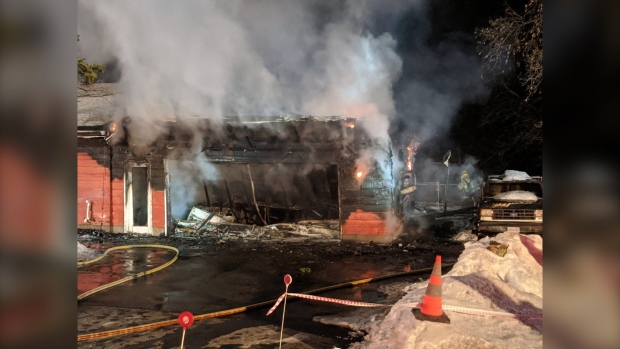 OTTAWA — Emergency crews rushed to a house in the city’s south end late Monday night after a garage fire spread to the rest of the home.

Several 911 calls came in just after 11 p.m. reporting a garage on fire on Merivale Road, between Fallowfield and Boycrest roads.

When crews arrived, the blaze had spread to the home’s attic.

Crews quickly got the fire under control and there were no reported injuries.

The Canadian Red Cross and the Salvation Army are helping the residents affected.

The cause of the fire is under investigation.