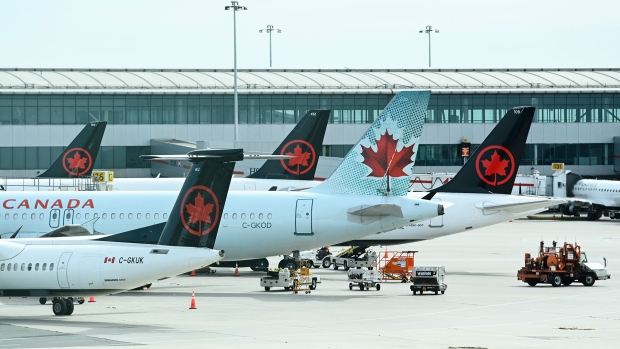 OTTAWA — If you’re holding on to an Air Canada voucher because of a flight cancelled due to the COVID-19 pandemic, you may be one step closer to getting a refund.

But the prospects of a refund are still up in the air.

Unifor president Jerry Dias says Air Canada has agreed to refund passengers for cancelled or delayed flights during the COVID-19 pandemic in exchange for a federal government bailout.

The federal government has previously demanded airlines provide refunds to customers in exchange for a possible bailout for the industry.

In an email to CTV News Ottawa on Thursday, an Air Canada spokesperson said “Discussions are ongoing,” and there are no updates.

Travellers are looking forward to refunds, like Marc Brisson.

Brisson is an Ottawa resident who enjoys travelling,

“For leisure, for a hobby; I try and experience as much as I can. It’s a short life – get out there and see things.”

Last April, he was ready to see Costa Rica with his family — plans made well before COVID-19.  Portions of his flight were cancelled and he now has a credit with Air Canada, which expires.

He booked the trip using an online travel website.

Luc Fleurant booked directly with the airline for a family trip to Florida, which was also cancelled.

“I’d like to get the money back, because bottom line is, I just don’t know if we’re going to travel for who knows when?” said Fleurant.

Late Tuesday, he got his money back through a “charge back” with his credit card after trying for months.

Canadian Air Passenger Rights president Gábor Lukács says a refund for flights cancelled by the airline “is a fundamental right.”

He says passengers are being used in this process.

“Passenger refunds is being used as a negotiating chip between airlines and the government.”