OTTAWA — Monday was the big finish to a month-long campaign to support health-care workers.

Mike Herzog has spent the entire month of May running 14 kilometres every day to show his appreciation for front-line health-care workers.

He shows up at hospitals during shift change, while waving a “thank you” sign.

Herzog wrapped up on Monday with an extra 46-kilometre run. He made his way throughout Ottawa, stopping at 10 hospitals, all to show his appreciation,

“It’s amazing that you start looking at health-care workers who are inside supporting me, and it’s the complete antithesis,” he tells CTV News Ottawa. “We’re trying to do everything we possibly can for them, but it just proves that being in health care is a vocation; they’re called to it. They truly are super heroes. What can I say? They’re brilliant, lovely people and we forget sometimes that they’re people because they’re put in traumatic situations when you ask them to act, but they are emotional human people and I’m just so grateful to do something to give back just a little bit.” 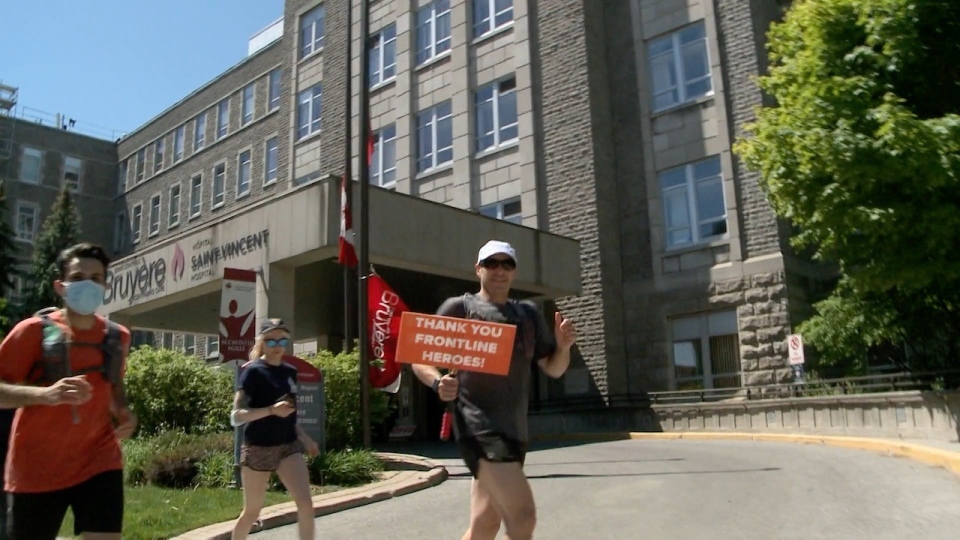 “It’s been so emotional, watching the reactions from frontline workers,” he says.

Herzog says that he has run a total of 477 kilometres this month. He previously told CTV News Ottawa that he chose to run 14 kilometres per day because, “our frontline workers have been enduring COVID for fourteen months.”

He didn’t take any breaks this month.

“(Running) definitely takes its toll on the body, but that’s exactly what I was asking for. There were no days off, just like our frontline workers. Every day I was testing my body, testing myself mentally and I guess I get a small glimpse of what they’ve endured throughout this entire 15 months of what can only be sad as hell,” he says. 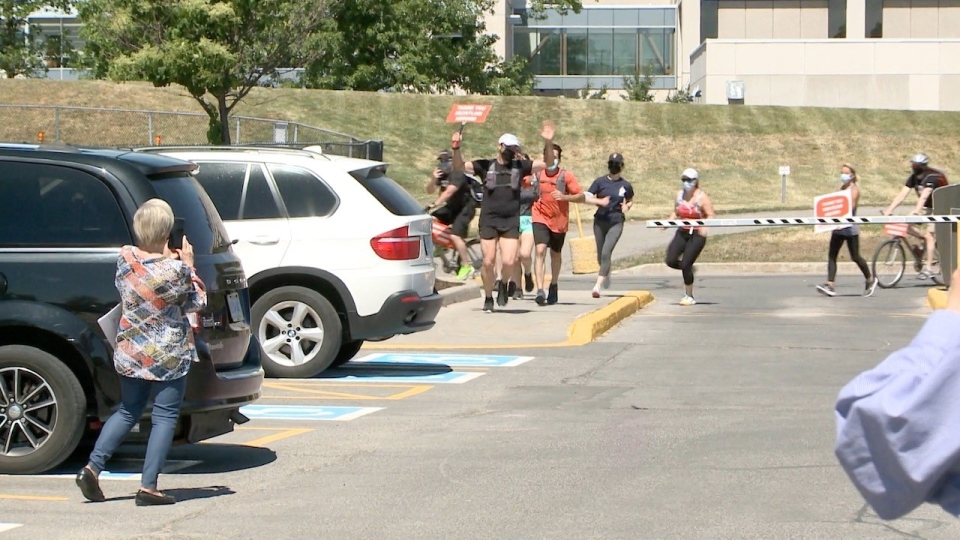 If you feel inspired, Herzog wants everyone to join in the appreciation for front-line workers and it doesn’t have to include running. Whether it’s drawing with chalk on a sidewalk, dropping off a gift, or simply saying an online thanks, he encourages anyone to take a picture and share on social media, using the hashtag #OttawaHeroes.

If you prefer to donate, he’s fundraising in support of front-line health-care workers on his website.