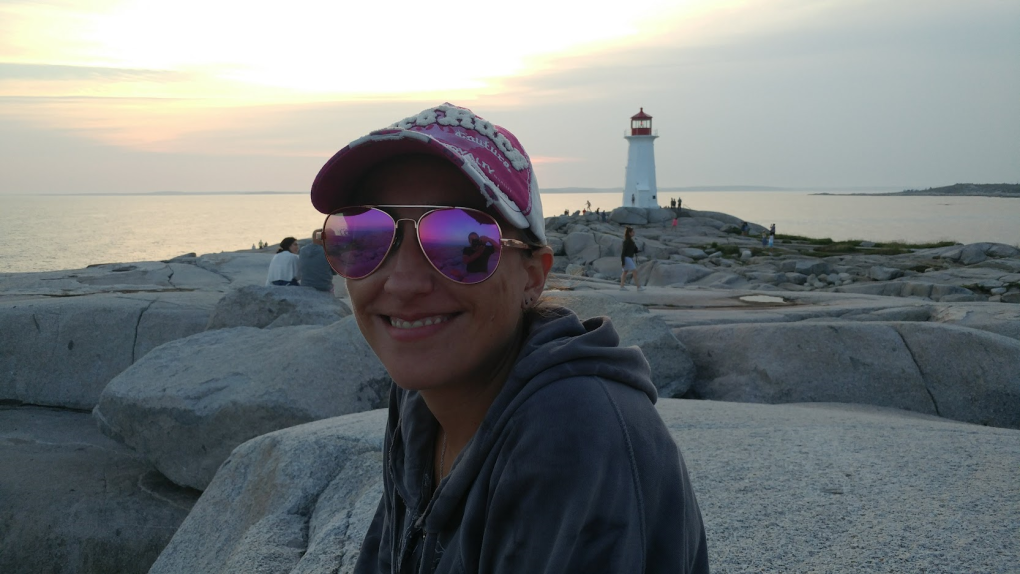 Weeks before her 42nd birthday, her marriage to the man of her dreams, and the start of a new life in Belize, Melanie Goodine went in search of one more adventure; a 32-kilometre hike from the ridge of the Grand Canyon to the Colorado River below and back.

With less than three miles to go, she died.

“It was something she had to do and I had to do it with her,” Stephen Spicer, Goodine’s fiancé said.

Hiking for hours in weather that hit 40 C along parts of the trail, Goodine became unresponsive just above the Three-Mile Resthouse of the Bright Angel Trail.

“She did get very tired on the last half-mile and somebody said they were going to call 911 and she said she wasn’t going to let anybody help her over [the ridge] unless it was me. She wouldn’t give up,” Spicer continued. “What happened happens instantly.”

Those who knew Goodine describe her as a kid at heart, someone who exuded joy and left those around her smiling

“Quite rare to find in this world these days. Our interactions were few and far between over the years … but her lasting impressions always left an imprint on my soul and I’m sure on many others in this world also.”

Goodine and Spicer were to be married on July 15, just over a month after her 42nd birthday. The couple had already bought a property in Belize, with plans to move south and open a bar.

“It was just her. I’ve never met anybody who could compare to her,” Spicer said.

While hiking, Spicer says the couple spent their time thinking about their upcoming wedding, even playing the song that would be their first dance at the bottom of the trail.

“The song KIT was to be our wedding song. We played it three times in the bottom of the Grand Canyon,” he said.

Now, the band behind the song, Ubiquitous Synergy Seeker, says they’ll play a tribute to Goodine at their final performance in Toronto.

“I think it’s only fitting that Ash does an acoustic version of KIT in dedication to her memory,” Jason Parsons, one of the two artists behind USS said.

“It definitely strikes an emotional chord,” he added.

The Coconino County Medical Examiner and the U.S. National Park Service are investigating the death.

“All visitors to Grand Canyon should ensure they are drinking plenty of fluids, resting in shade during the heat of the day, watching for signs of distress in travelling companions, and dressing appropriately for the weather, which includes light-colored and loose-fitting clothing,” NPS said.

“The NPS does not recommend hiking from the rim to the river and back in one day.”