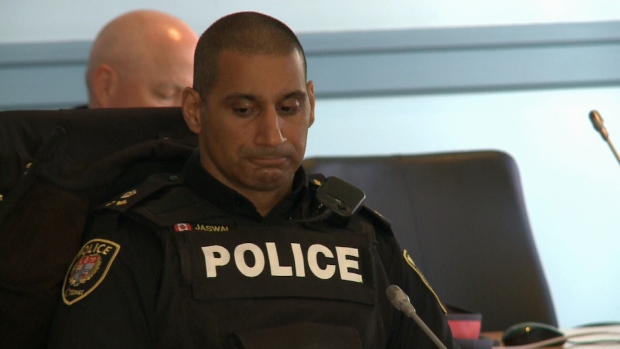 Jaswal has been charged with two counts of discreditable conduct under the Police Services Act relating to his time as deputy chief in Durham region.

Jaswal was charged in 2020 with three counts each of discreditable conduct and insubordination for allegedly sexually harassing three Ottawa police employees.

Jaswal has previously denied those allegations.

In response to the most recent charges, Jaswal’s lawyer Ari Goldkind said “the Deputy Chief remains concerned that the OCPC [Ontario Civilian Police Commission] continues to demonstrate a lack of impartiality and fairness. The OCPC continues to be his Investigator, his Prosecutor,his Judge and his Jury. We will answer these allegations in due course.”