OTTAWA — An Ottawa shop selling perogies says they became the victim of fake negative online reviews that destroyed their nearly perfect ratings on Google and Facebook, which can have an equal impact on business.

Ottawa Perogies serves up authentic Ukrainian fair unlike the online reviews they say flooded their website.

Kamilla Riabko, whose family owns the take-out restaurant, says in a matter of three days, everything went downhill.

Riabko received a troubling message on one of Ottawa Perogies social media platforms, threatening to destroy their reputation.

“And just like any other weird spam, so sort of ignored it,” says Riabko. “The next day we started to notice one star reviews and strangely commented reviews on our Google and Facebook page coming all at once.” 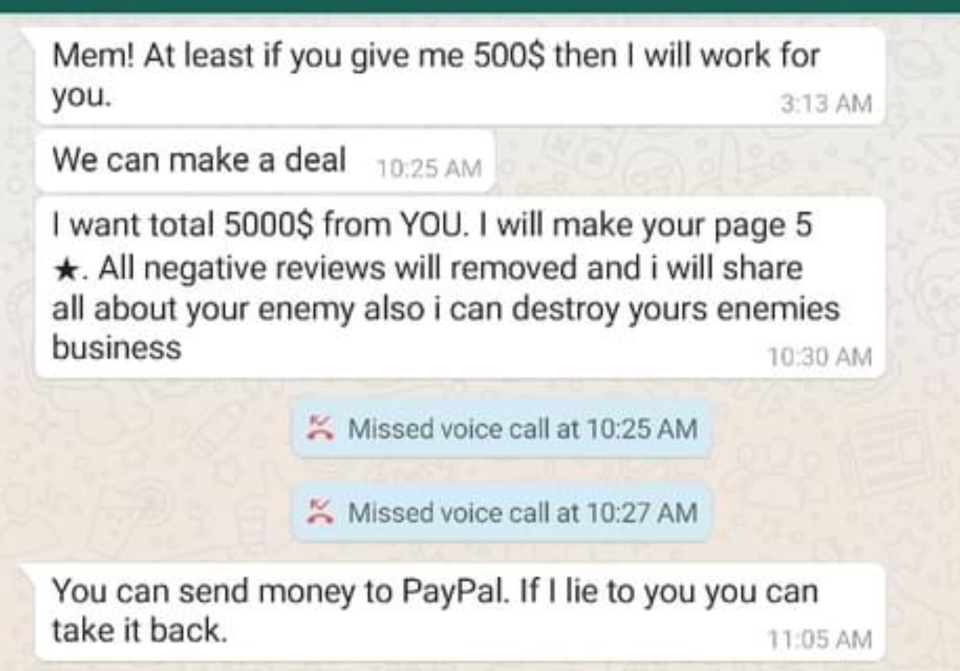 It appeared the threat was real and in the days to come more messages, this time demanding thousands of dollars to remove the comments and replace them with positive reviews.

“We noticed a drastic decline in orders, in customers and online orders,” says Riabko, who noted that the COVID-19 pandemic has had an impact on business, but this was far worse. “We work really, really hard especially during the pandemic, it’s been so challenging to stay alive and stay going.”

Many businesses rely on online review platforms but are left to the mercy of reviews, even from someone who has never visited and often, with little recourse.

Technology analyst Carmi Levy says consumer laws in Canada are lagging. Decades old regulations are not equipped to handle businesses operating in a digital space and that the web is largely unregulated. Fraudsters can work globally, and in some cases where they are out of reach from police.

“It’s as Wild West as you can imagine and it’s incredibly unfair,” says Levy. “When customers are looking for businesses to engage with that’s where they go to learn about them, that’s where they look at their rating and a little understanding of their background … and that’s the problem. It’s a flawed system but as a business you don’t have a choice, you’ve got to use it.”

“The owner or the manager, somebody sees this, there was a human on the other side of that negativity,” says Wood. “The community needs to support small business like never before. If you go somewhere and have a good experience, let people know; there’s no better marketing than word of mouth.”

Wood adds that if you do have an unpleasant experience, call the store and speak with someone there. Many times owners want nothing more than to provide exceptional service and product.

Riabko has filed a police report and they still are receiving the negative spam posts but the community response has been swift. Members who heard of the restaurant’s problem went online and fought back, with authentic reviews to return the rating to where they once were.

Riabko is grateful and says the family is true to their products, their customers adding that loyalty pays off.