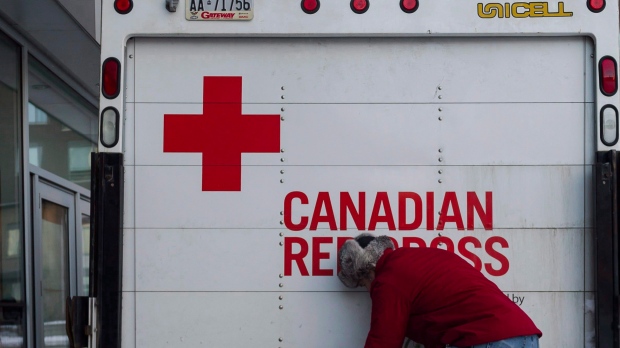 OTTAWA — The Canadian Red Cross is poised to receive $100 million in federal funds to support public health measures and rapidly enhance the group’s capacity to respond to COVID-19, as well as future floods and wildfires.

Prime Minister Justin Trudeau announced the funding on Saturday, saying national and community organizations are stepping up to provide crucial support to vulnerable people during the pandemic.

“They are being asked to deliver the same services and support that we have always depended on, in much more challenging circumstances. It takes resources to do that,” Trudeau said in a statement.

Up to $41 million would address the charity’s immediate needs, including recruiting volunteers and staff, supporting quarantine and isolation sites, and expanding its roster of infection prevention and control specialists.

The funding could also be used to procure and deploy emergency health supplies and equipment in case of future waves of the virus.

The president and CEO of the Canadian Red Cross, Conrad Sauve, said the charity has been heavily involved in a wide range of activities associated with Canada’s response to the pandemic.

It has supported repatriated Canadians quarantined at the Canadian Forces Base in Trenton, Ont., and worked with Global Affairs Canada to support Canadians hospitalized in Japan after the outbreak of COVID-19 on the Diamond Princess cruise ship in February.

In Toronto, the Red Cross has helped reach out and deliver food to those who cannot leave their homes, such as seniors and people with compromised immune systems, and volunteers are calling seniors across the country to make sure they have what they need as the pandemic wears on.

Sauve said the Red Cross is also active in about 20 long-term care and assisted living facilities in Montreal, and that number is rising.

Parts of the charity’s mobile field hospital have also been deployed in British Columbia and Quebec, said Sauve, noting that such equipment is typically used internationally.

Many First Nations have also contacted the charity about accessing mobile health units in case of an outbreak, he added.

Sauve said it’s through international work that the Canadian Red Cross has developed expertise in infectious disease prevention and control, including the deployment of special teams to respond to Cholera and Ebola outbreaks.

“Running an Ebola clinic requires an awful lot of discipline in terms of how you gown, how you remove your gown, how you create safe spaces,” said Sauve, adding that the international team has now turned its attention towards Canada.

It’s designing protocols and training to help build up the capacity of municipalities and community-based organizations to respond to COVID-19 and future viral outbreaks, he said.

The remainder of the latest funding — up to $59 million — would be available to support additional COVID-19 relief efforts by the Red Cross this year, as well as flood and wildfire response.

Ottawa says it’s working with the Red Cross to align emergency plans for such disasters with the latest public health advice on COVID-19.

Sauve noted there’s been a “dramatic increase” in the charity’s domestic operations in recent years, pointing to wildfires in British Columbia and Alberta, as well as flooding in central and eastern Canada.

Canadians must stop treating disasters and outbreaks of infectious diseases as exceptional, as if they happen in other parts of the world but not at home, he said.

“This is a wakeup call,” said Sauve.

This report by The Canadian Press was first published May 16, 2020.