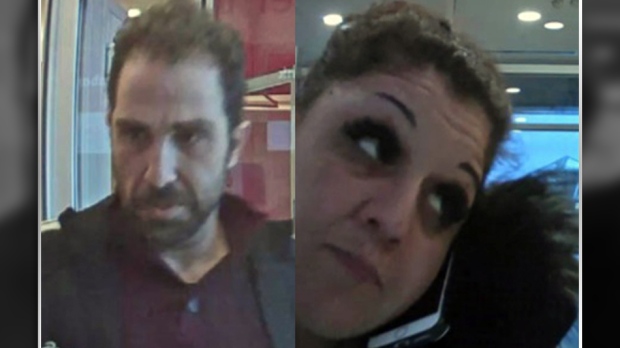 OTTAWA — Ottawa Police are searching for two suspects after an identity theft resulted in $8,000 being stolen from a victim’s bank account.

On January 27, the victim’s identity was used to obtain a replacement debit card within a bank in the Kanata area.

Police say the debit card’s PIN was changed and the suspects went on to withdraw over $8,000 from the victim’s account at three banks in the Kanata area.