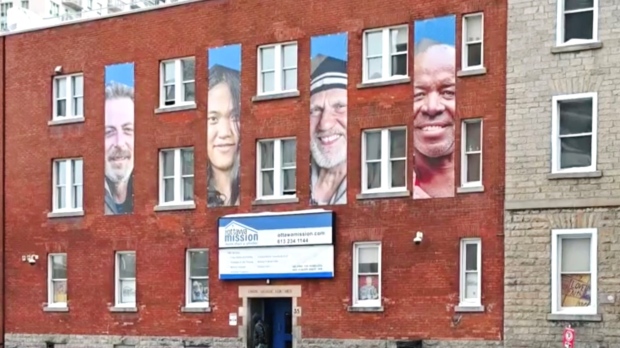 Speaking on Newstalk 580 CFRA’s “Ottawa Now with Kristy Cameron” on Tuesday, Wendy Muckle, CEO of Ottawa Inner City Health, said there is a lot of work to do.

“We’re in this major outbreak situation and there’s really no way out of it for us except to vaccinate,” she said. “So, we’re really pleased that the city and the province have understood that this is a high priority need.”

According to Ottawa Public Health, there are open outbreaks at six Ottawa shelters, accounting for 286 total cases of COVID-19 and one death since Jan. 11. Those cases account for roughly eight per cent of all new COVID-19 cases confirmed in Ottawa since that date.

Muckle said Tuesday that staff were in the process of getting informed consent from the people at the shelters.

Muckle said small clinics would be held over about two weeks at all of the adult shelters in the city.

The first clinics on Thursday will be at the Ottawa Mission and at the Nicholas Street physical distancing shelter, Muckle said.

“There will be little clinics at all of the shelters right through the weekend. Every day next week, at least one or two, and we’ll just keep going until we get everybody who wants a vaccine done,” she said. “Our clinics, we’re hoping, will be pretty small. Certainly under 100 people per clinic.”

In many cases, the clinics will be held in meal areas, which limits how large they can be and how long they can operate, Muckle said.

“We’re hoping that, with these small clinics, it’ll give more people an opportunity. Some people might not be in the shelter when we happen to be there,” she said. “Some of (the clinics) will be in the morning; some of them will be at the end of the day. We’re trying to sprinkle them around where we think that they’ll be easy for people to access.”

Ottawa has been ramping up its vaccination efforts as supply increases and work to immunize residents of long-term care and retirement homes is completed. On Monday, the city opened up appointments for vaccines to Indigenous adults 55 and older, as well as seniors 80 and older and adult recipients of chronic home care in select neighbourhoods.

Muckle said immunizing people experiencing homelessness would help the city’s shelters get back to routine operations.

“We need to get the shelter system back to doing what it’s supposed to do, which is sheltering homeless people and helping them get into housing,” she said. “All of our time and energy is being consumed in trying to stamp out this outbreak—which we have under control, certainly—but we really need to get vaccines in arms.”

In January, several shelters in Ottawa paused admissions due to COVID-19 outbreaks. Muckle said her aim is to build up immunity before variants of concern start to spread widely in Ottawa.

“That was with regular old COVID. That wasn’t with the newer versions of COVID, so it’s really important for us to be able to get ahead of this,” she said.

According to provincial data, Ottawa has seen a total of eight confirmed cases of the B.1.1.7 variant and one case of the B.1.351 variant to date.