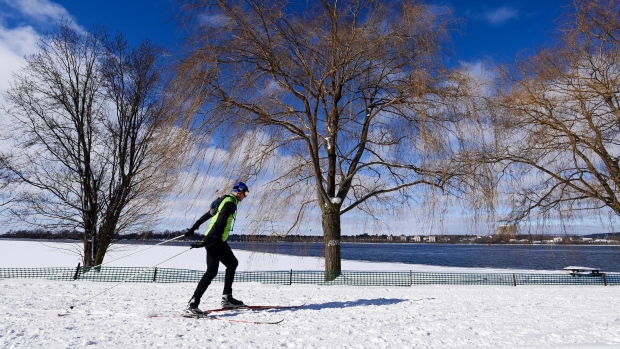 OTTAWA — A popular Ottawa winter trail is getting a name change. The SJAM Winter Trail, named for Sir John A. MacDonald, is the latest to drop its name due to the residential school legacy.

The 16-kilometre winter trail network along the Ottawa River is used for cross-country skiing, biking, and walking during the capital’s coldest months. But the group that runs the trail says it is retiring the name, following the discovery of unmarked graves at sites of former residential schools.

The trail is run by a group that includes Dovercourt Recreation Association, and a team of volunteers. Dave Adams grooms the trail.

He says, “Aboriginal issues are front and centre in the minds of Canadians right now. This is a community trail, and we want to make everyone feel welcome… and know that this is a place we can all come and play in the snow.”

There is also a movement to rename the Sir John A. MacDonald Parkway that runs right beside the river trail. No decision has been made yet, but Adams says regardless of what happens to the parkway’s name, the winter trail will be renamed.

“It is a big change to the winter trail, but I have been getting incredible support on it, not only from social media and people who use the trail regularly but also getting support from Dovercourt Community Association, and some councillors,” he said. “Generally, people say it is the right thing to do, so I think we are on to a good thing here.”

The new name will be announced in the fall. Adams says they are asking for community feedback.

“We want something that is reflective of our heritage and the cultural history of this amazing river.”

Not everyone agrees with changing the name. Bev Stewart and her husband Bill bike along the trail.

Said Bill Stewart: “Rewriting history- what happens in the future? Will it continuously be rewritten? That is a serious problem for me.”

Many users say it is an appropriate time to change the name.

“I support changing the name and Ottawa River Parkway sounds like a good name but maybe they can come up with something more innovative,” said Shelly Chambers.

Another trail user, Marilyn Goodwin, said the trail should not be renamed after another person so this doesn’t happen again.

“Maybe come up with something about the way it is used by so many people for skiing and biking, it is by the river and has beautiful views.”

Adams says even with a new name, the trail will be ready for winter enthusiasts as soon as the snow falls.