If you love where you live, why not pick-up your house and make some room below.

Claudia Sosa and her family wanted more living space but did not want to move out of their Gilmour Street home.

The basement is unfinished but had little headroom, and a century-old lime stone foundation took up most of the area.

The family chose to replace the aging foundation and dig deeper, to have an eight-foot ceiling. It required jacking the house off the ground nearly three feet.

“We love the area. We’ve been in Centretown for about twelve years,” says Sosa. “We’re putting in a fireplace down there, so I think that is going to be my new favourite spot, when the kids aren’t playing their video games of course.”

They hired Patrick Lecours, owner of Mr. Foundation, who has headed more than 15 house lifts during his 30 years in business.

“This type of work takes a big process time of engineering,” says Lecours adding it was nearly three months of planning before the lift took place. “The biggest challenge is what we call site conditions and lack of accessibility here is quite tough because of the proximity of the homes on the left and right side.” 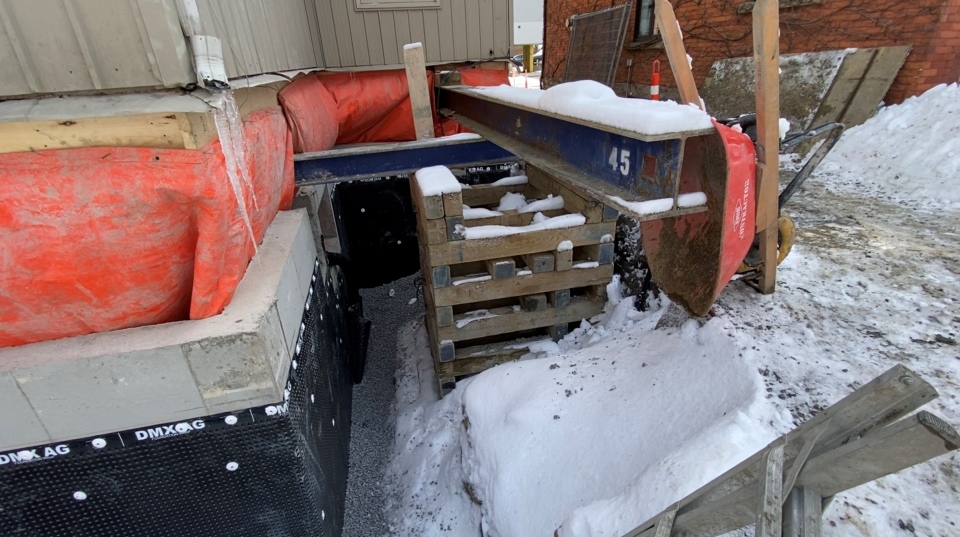 The Gilmore Street home was prepped by cutting holes in the old foundation and sliding massive steel beams under the house. Pneumatic pumps were used to jack the house up slowly.

The team began the lift in January.

The house rested on large wooden cross ties while excavators removed the old foundation and replaced it with modern concrete. When complete, the basement will have approximately 750 sq. ft. of finished living space.

The project will likely be done in April and this big basement renovation does come with an equally sized price tag. However, Sosa’s husband Rob Fehrman crunched the numbers and says it’s worth it.

“It was cheaper than moving,” says Fairman. “And this now gives us more space in the house so it worked out. 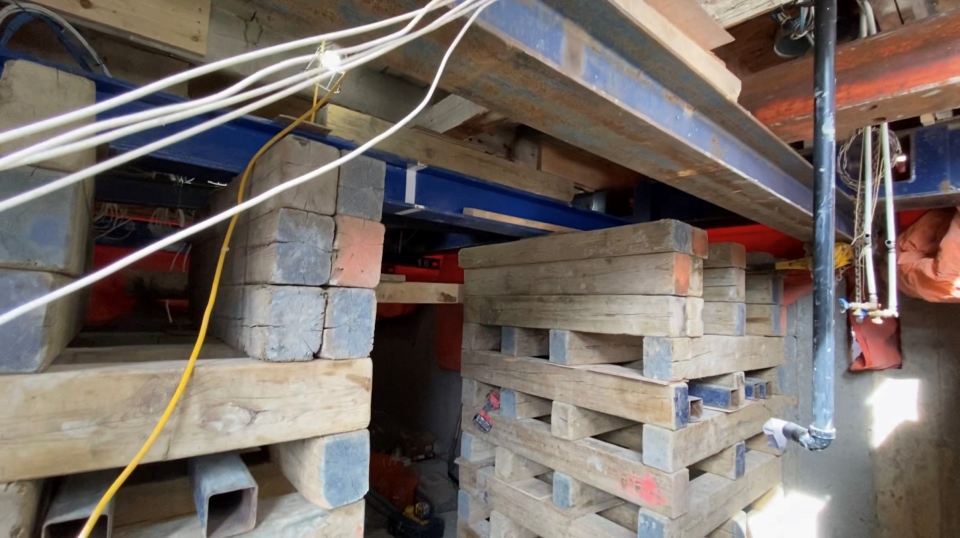 Lecours expects the house to be lowered onto the new foundation Monday.

Once complete, it will be tough to tell that it was ever moved. Although quite a bit of space and headroom was gained, the house will only stand 18 inches taller.