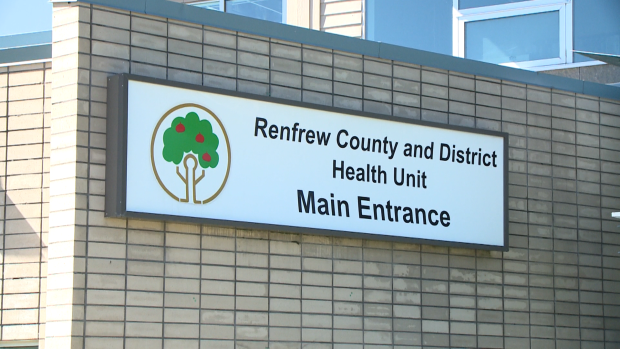 OTTAWA — Renfrew County’s top doctor is appealing to younger adults to get vaccinated against COVID-19 as the vaccination rate lags for people between 18 and 45 years old.

The vaccination rate for people in that age group is under 50 per cent. The region’s medical officer of health, Dr. Robert Cushman, is making a renewed plea to those people to get their shots.

“Those between the ages of 18 and 45, please make an appointment, come on in, roll up your sleeve and get vaccinated,” Cushman said in a video on YouTube.

“With these variants, we know they’re much more infectious and they’re much more transmissible. … The virus can create havoc in this age group,” he added. “Young people can get very sick. Don’t think it’s just old people.”

In particular, people between 25 and 29 years old have the lowest vaccination rate in the region, with just 45 per cent having received one dose.

More than 70 per cent of people overall in Renfrew County have received at least one shot. But Cushman said the lagging rates among younger adults are a problem.

“It’s incumbent on you to protect yourself, protect your family, protect your friends and protect the community,” he said. “It’s the only way we’re going to prevent further variants from taking hold.”

Cushman also appealed to family members, friends, bosses and co-workers of people who haven’t yet received their vaccines to help out.

“Please help these people so that they have the time they need to get vaccinated.”