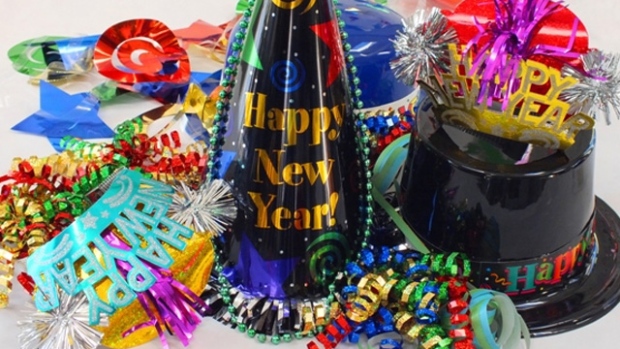 OTTAWA — As you sit down to make your New Year’s resolutions for 2021, a professor of cognitive science at Carleton University suggests it is easier to start out by concentrating on simpler goals first.

Jim Davies adds the key to achieving your goals with your New Year’s resolutions is to turn it into a habit.

A recent CIBC survey found paying down debt is the number one financial priority for Canadians in 2021. Healthy eating and fitness goals are also popular New Year’s resolutions every year.

Speaking on CTV Morning Live, Davies said there are several reasons why New Year’s resolutions fail, including people picking ones that may be too difficult to achieve.

“I think the main one is that people don’t recognize that changing your life and changing your behaviours requires changing your habits and not just making a resolution to do something with willpower,” said Davies.

“Willpower actually won’t last very long and so you need to turn something into a habit, and just resolving to do something is not going to help.”

CTV Morning Live host Leslie Roberts asked Davies how do you create a habit to achieve your goals.

“Habits get installed into your head in two different ways – one is with repetition and the other is with reward and punishment,” said Davies.

“If you just use willpower in the early stages to do something over and over again, it can develop into a habit. At the same time, if you give yourself a reward when you engage in the resolution, that also helps a lot too.”

Davies recommends not rewarding yourself with food if you’re trying to eat less or eat healthy in 2021.

“The idea is that you want to somehow get into a pattern. For eating, one thing that’s helpful is to have an idea in your mind – ‘When I’m hungry and I shouldn’t be eating, I will get a stick of gum and chew that.’  Just having that in your mind so that when you say, ‘Oh, I’m hungry’, you’ll immediately have something to turn to that’s not eating – those kind of things can help,” said Davies.

Davies is the co-host of the Minding the Brain Podcast.

“To the extent that you’re at least early on in the resolution process, your attention is limited and your willpower is limited,” said Davies.

“I think that if you have got a lot, you’re at risk of forgetting some and it’s a little big easier to concentrate on simpler ones. If they’re very easy, then you can maybe have a couple.”