KINGSTON — A new report suggests tens of thousands of Kingston resident’s do not have a local family doctor and one-third of practicing family doctors plan to retire within the next two years.

The Kingston Area Health Care Taskforce and Kingston Community Health Centre gathered statistics to find out how big of an issue the doctors shortage is in Kingston. The report was commissioned a year ago, but the results were delayed by more than five months due to the pandemic.

The report shows 29,000 Kingston residents currently don’t have a physician, or are forced to travel to another city to see one.

There are currently 139 active family doctors in Kingston. Of the practicing doctors that responded to the survey, 30 per cent plan to retire within the next decade.

The report also says if you’re a member of the military, Indigenous, Black or most vulnerable, it’s even harder to find a doctor.

One of those who have struggled to find a family physician is Jennifer Lucas. She and her two daughters Elizabeth, 3, and Kingsley, 6 months, are forced to travel hours to see a doctor after moving to the city over two years ago.

“They said I’d have to go on the Health Care Connect waiting list and it would be a three to six year waiting list,” said Lucas. “I’d have to lose my family doctor in Ottawa in the meantime.”

Instead, she makes the hours long round trip each time her or her two girls need to see their doctor, even though it comes with an added cost for her and her partner. 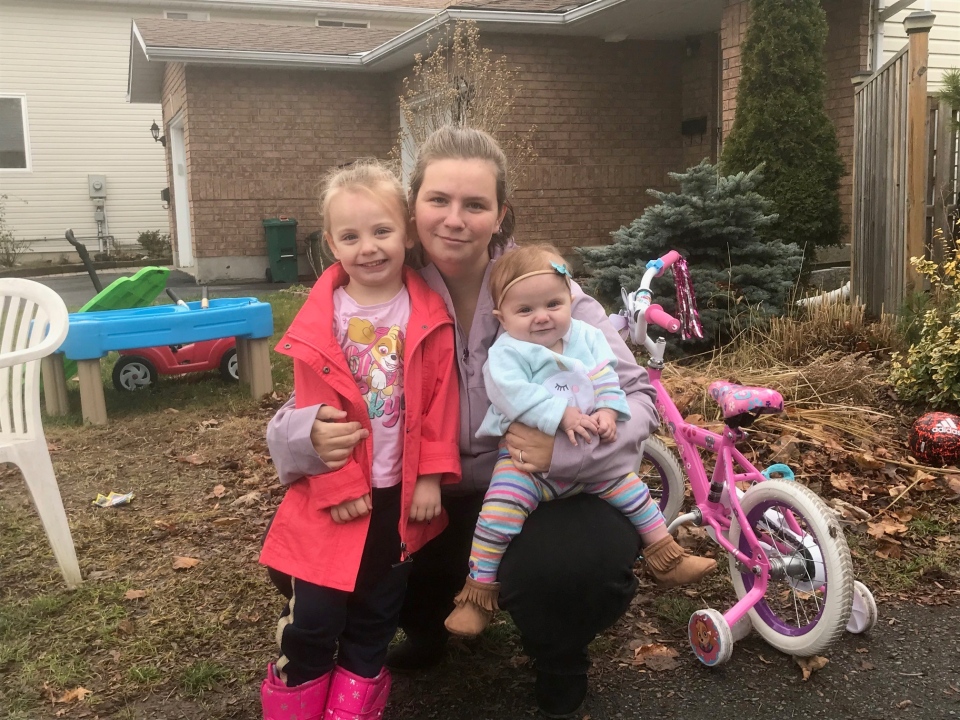 “He lost some wages a while back because they cancelled an appointment and he couldn’t get another shift. So it’s kind of affecting us a little bit financially,” Lucas explains. “And it’s a lot to travel with two kids back and forth.”

She doesn’t want to rely on walk-in clinics but feels she doesn’t have a choice if an emergency pops up.

“It’s stressful, knowing I don’t have the health care close by,” Lucas says. “We need more doctors up here.”

Drawing new, young doctors seems to be an issue as well, even though the city turns out many at Queen’s University every year.

Maureen Dawson has arthritis. She spent a year searching for a new family physician after her own young doctor moved away.

“I don’t want to use the walk in clinic if I don’t have to,” Dawson said in an interview with CTV News Ottawa. “I’d rather have a doctor to be able to follow your progress and you can call them up, and you know who you are, and where you’re not just a number.”

While she finally found one, she has to travel to Napanee. Not a difficulty for her, but she says it’s a luxury many can’t afford.

“It’s frustrating to have to wait this long,” Dawson said. “It was just lucky that I fell right outside of the border of Kingston so they called me to get this doctor. Otherwise I’d still be waiting.”

The report suggests the creation of a working group to lobby the Ministry of Health to fix the problem.

Residents like Dawson, left to wonder what’s taking so long.

“It’s interesting to me in Kingston where it’s a great place to live that there aren’t more doctors here.”