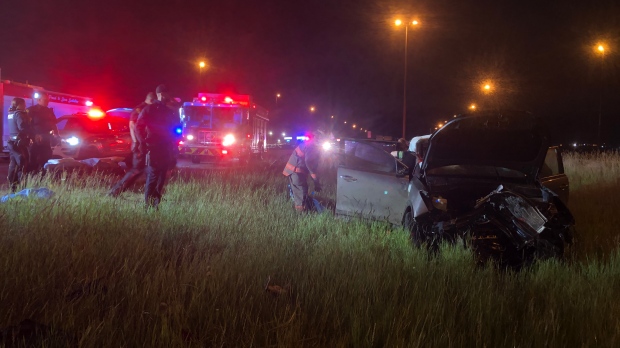 SASKATOON — A passenger in a car that rolled over early Monday morning died of his injuries, according to Saskatoon police.

The 33-year-old man was not wearing a seat belt, Saskatoon police said in a news release.

The crash happened around 3:15 a.m. at Highway 16 and Idylwyld Drive.

Police believe the vehicle was travelling southbound on Idylwyld Drive and struck a guardrail, causing the vehicle to roll.

The passenger died in hospital.

The driver, a 26-year-old woman, is in hospital in stable condition, police said.

The Collision Analyst Unit is continuing to investigate.

Traffic restrictions have been lifted.