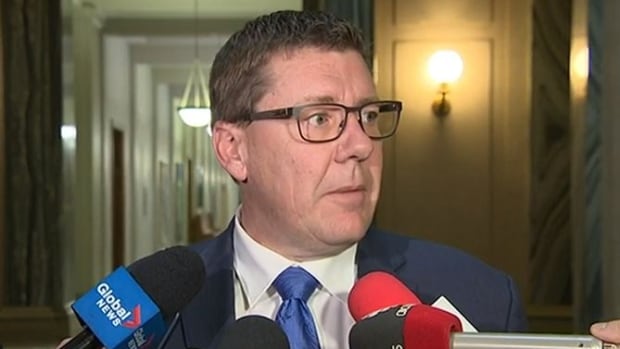 Results of a new poll from the Angus Reid Institute say Scott Moe continues to be one of the most popular premiers in the country.

The results, released Tuesday, say 58 per cent of people in the province support Moe.

The results mirror an earlier Angus Reid poll from December, which also showed Moe at 58 per cent.

In nearby Alberta, Premier Jason Kenney saw his approval ratings dip by seven points since December. He’s currently at 47 per cent.

Moe’s support has grown since March 2018, the first poll he was featured in, which tagged him at 52 per cent approval.

Angus Reid conducted the survey online from February 24 to 28, 2020, using a representative randomized sample of 5,042 people across Canada who are members of Angus Reid Forum.

For comparison purposes, a probability sample of this size would carry a margin of error of +/- 4.0 percentage points, 19 times out of 20.

The survey was self-commissioned and paid for by the institute.