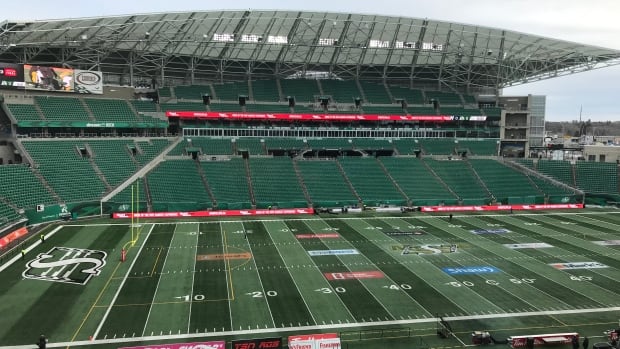 The Saskatchewan Roughriders will receive a $3-million grant from Tourism Saskatchewan for Grey Cup celebrations later this year.

The Riders will host the 108th Grey Cup at Mosaic Stadium on Nov. 22. The Grey Cup Festival is set to start on the Nov. 17 and culminate with the championship game.

The Grey Cup game was last held in Regina in 2013, when the Riders defeated the Hamilton Tiger-Cats at old Mosaic Stadium on Taylor Field in the 101st Grey Cup.

Saskatchewan’s government said in a news release that the 2013 Grey Cup generated $93 million dollars worth of economic activity in the city. It’s anticipated 2020 will have a similar effect.

“Major events like the Grey Cup bring widespread profile and thousands of visitors to our province,” said Gene Makowsky, the minister responsible for Tourism Sask. and a member of the 2013 championship team.

Makowsky said tourism is part of the government’s growth plan.

“It is a privilege for Saskatchewan to host the Grey Cup for the fourth time and showcase Rider Pride — a phenomenon unequalled in Canada,” he added.

The money was approved by an order in council on Feb. 27.