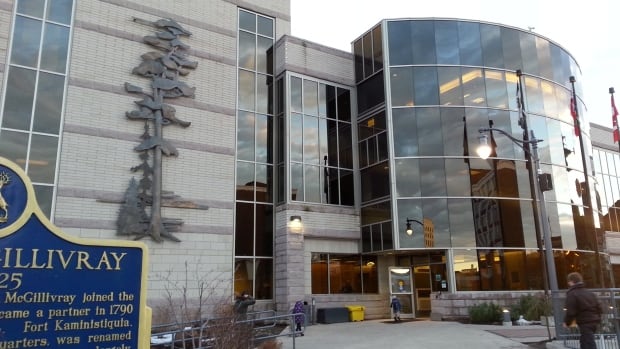 Thunder Bay city council is formally asking outside boards not to pass expected provincial cuts onto city taxpayers, but the chair of the Thunder Bay District Social Services Board calls the city’s move an unnecessary step.

“We know what we have to do, we don’t require direction from our members,” said Lucy Kloosterhuis, the chair of the Thunder Bay District Social Services Board (TBDSSAB).

The TBDSSAB is one of three boards the council resolution — which was tabled by Mayor Bill Mauro and passed at Monday’s council meeting — was specifically aimed at. The others are the board of health, which is responsible for public health programs in the region, and the Lakehead Region Conservation Authority (LRCA).

The resolution essentially called on those boards to review their budgets to ensure that they’re not making up any provincial funding cuts through the levies they issue to the City of Thunder Bay.

But Kloosterhuis said the social services board is ahead of the curve here.

“The city, nor does any other municipality, control [the DSSAB],” she said. “I believe our administration and our board knows what’s ahead of us.”

Kloosterhuis said the DSSAB doesn’t have a draft 2020 budget completed yet. The City of Thunder Bay is one of 15 regional communities that the board serves, and therefore issues a levy to.

While Kloosterhuis didn’t have the exact amount of the levy issued to the city annually, she did say the Thunder Bay levy  is the largest one that the social services board issues, given that the city is the largest community it serves.

Kloosterhuis said, however, the TBDSSAB has another reason to make sure the city levy is as low as possible.

“What happens in the city is also instrumental on what happens in the [TBDSSAB] budget,” she said. “The majority of all the homes or housing that we have for those that are in need is in the City of Thunder Bay, and one of our highest expenses is city taxes, water, sewer, telephone, what have you.”

“It’s very important to us, as well, that the city isn’t having a huge increase in levy, because if they have a huge tax increase in regards to residential homes, our budget will go up, as well.”

Further, Kloosterhuis said, the TBDSSAB is only funding programs that are mandated by the province.

LRCA board chair Donna Blunt said her organization understands the challenges municipalities are facing due to the provincial cuts, and the LRCA’s draft 2020 budget — which was completed prior to the passage of Monday’s resolution — takes them into account.

“In 2019, the LRCA provincial transfer payment was cut by $141,000,” she said. “Staff proactively have found efficiencies and proposed a lean budget.”

She said the total levy issued to Thunder Bay as part of the 2019 budget was about $1.5 million.

“I certainly don’t want to give the impression that Thunder Bay is telling everyone else what to do,” said Foulds, who didn’t support Mauro’s resolution on Monday. “The City of Thunder Bay doesn’t have the authority to do that.”

Rather, that authority falls to the outside boards themselves. For example, if the TBDSSAB board approves the budget prepared by board staff, that’s the basis for the levy issued to the city.

And given that the social services board’s programs are all mandated by the province, the city can’t refuse to fund them.

“We do live … in fairly uncertain times,” Foulds said. “There is an increasing amount of anxiety with not knowing what revenue is going to be.”

But, Foulds said, all municipalities and other organizations who receive funding from the province of Ontario are aware of the situation.

“I understand the sentiment behind the resolution,” he said. “However, our administration does work with, on an ongoing basis, all outside boards.”