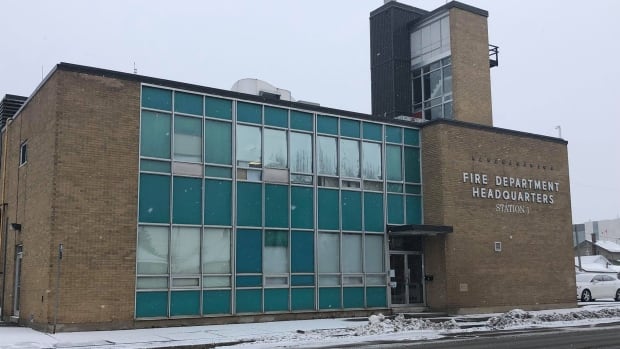 The number of fire stations in Thunder Bay could be reduced as city council reviews a report providing a potential future path for its fire department.

A draft version of a new strategic master plan for Thunder Bay Fire Rescue, which was prepared by Emergency Management and Training Inc., will be presented at city hall on Monday night. Earlier this year, council signed off on hiring the external consultant to conduct the strategic review of the fire department.

“Council will have an opportunity to ask questions and provide input,” said Mark Smith, the city’s general manager of development and emergency services. “We started earlier this spring, actually, and we hoped we’d have it wrapped up by now. It’s taken a little bit longer than we had hoped but I think at the end of the day it’s a quality product.”

Thunder Bay currently has eight stations, with four each in the north and south areas of the city. The report presents four options for future stations, with three affecting the No. 1 station on Vickers Street:

According to the report, the Vickers station is at capacity and the building is beginning to have structural challenges with estimates of upwards of $1 million for required repairs. The remaining seven stations were found to be in good condition.

Medical calls are 36 per cent of total volume

The plan also recommends conducting a review of how the department handles medical responses. In 2018, 36 per cent of all the department’s calls were for medical purposes. The number of medical calls increased by nearly 20 per cent in 2018 compared to 2014.

“This does not mean that an increase in staffing is required, what it does mean is that wherever possible, call volumes need to be reduced through public education campaigns and ongoing initiatives with EMS in relation to medical responses,” the report reads.

“There needs to be a concerted effort on behalf of TBFR management to investigate options for the reduction of medical calls along with creating a more proactive campaign in educating the public about false alarms and how to avoid them.”

Two identified options are only having firefighters respond to medical calls when there is a delay for ambulances and the most serious calls, or having second crews from consolidated stations split into fast response medical units, which would use smaller vehicles than pumper trucks.

Only seven per cent of calls were for property fires or explosions, with just over 1,100 calls that year.

The fire service employs 211 people, with a 2018 BMA benchmarking analysis finding Thunder Bay had one of the highest costs per ratio for fire services, with one firefighter for every 600 residents.

Any decisions by council on whether to adopt the plan, which is meant to be a long-term roadmap for the department, aren’t expected to be made until early next year.

“This strategic master fire plan is a document that’s intended to span some time,” Smith said. “It covers a period of roughly a decade, so implementing the recommendations are things that will happen over years.”