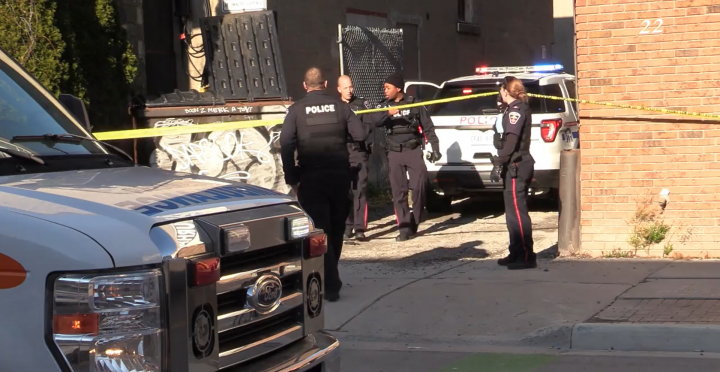 Durham Regional Police say one person is dead and a second is in serious condition after a shooting in downtown Oshawa on Sunday.

Police said they were called to the scene at Simcoe and Athol streets around 10:30 a.m.

Const. George Tudos said officers located two males — one of whom was taken to a local hospital without vital signs and a second who was taken to a Toronto trauma centre with life-threatening injuries.

One of the victims has since been pronounced dead, while the other remains in hospital in serious condition.

Tudos said there is no threat to public safety and added that officers aren’t currently looking for any outstanding suspects.

Roads are closed in the area as officers investigate.

Air1 is helping at the double shooting scene with evidence search of rooftops. This is now a homicide investigation. Media officer will be speaking to media at Athol St and Simcoe St shortly. pic.twitter.com/7uovcKR0df