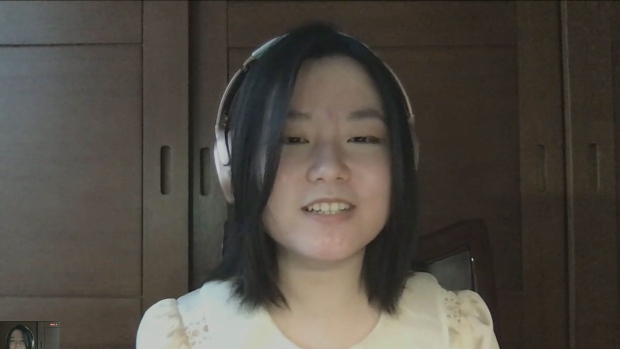 TORONTO — A 16-year-old girl has become the youngest person to graduate from the University of Toronto’s Faculty of Art and Sciences in at least 40 years.

When asked how she did it, she told CP24 on Friday it took “a lot of advocating with the school and the school board and the entire education system, actually.”

“After the first grade, it got much harder to skip grades,” she said.

Her post-secondary journey began at the University of Prince Edward Island, before transferring to U of T, where she graduated with a double major in biology, and cell and molecular biology.

“Most of it was online, but at first it was definitely challenging,” Xie said of her final year.

She said, once she enrolled in university, her age wasn’t much of a sticking point.

“After high school, it became a lot less noticeable to my classmates and my peers, and even to myself. I started forgetting my own age, so my last four years of university have actually been extremely normal,” she said.

“You could even call it mundane.”

In the fall, Xie will pursue her masters in applied immunology at U of T’s Faculty of Medicine.

Despite her field of study, Xie said she considers herself more of a “humanities person.”

“I think my most difficult-to-grasp subject would be physics with math. I used to be really good at math when I was younger, but right now I’m definitely not a math buff,” she said.

She hasn’t quite yet decided where her studies will take her, however.

As far as her advice for her fellow teens, Xie advised them to keep their options open.

“I think my biggest advice is that you should definitely take your time when making these big decisions,” she said.

“Definitely start thinking about that early because your university experiences are affected a lot by the type of university that you’re attending, not just the subject that you take.”