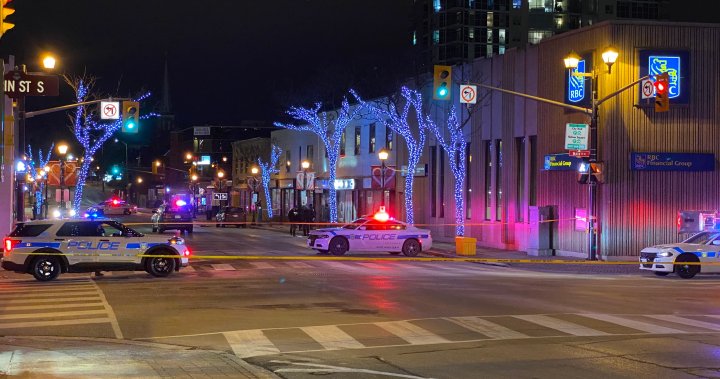 Two men have been rushed to hospital after being shot in Brampton Saturday evening.

Emergency crews were called to the area of George and Queen Streets in Brampton around 6:30 p.m.

Officers located one male victim in his 20’s suffering gun shot wounds and was sent to a trauma centre with non-life threatening injuries.

Another male victim was located at a local hospital with life threatening injuries and has since been relocated to a trauma centre.

It’s believed that the shooting occurred at a local building in the area, which has since been secured.

Duty Inspector Greg Janiss says, “in situations like this, information from the public is valuable to to get an independent view as to what may have taken place here tonight.”

Investigators say at this point, there is no indication that the two victims know each other.

Peel police are urging anyone with any information to contact them at the Criminal Investigation Bureau, 22 division or Peel Crime stoppers,