The pedestrian who was struck and killed by an alleged drunk driver in downtown Toronto on Canada Day has been identified by his family.

Twenty-six-year-old Gregory Girgis was one of two pedestrians hit during a multi-vehicle collision at Wellington Street and University Avenue, at 11:45 p.m. on Friday.

The 26-year-old man allegedly drove through the intersection on a red traffic light and collided with the Honda and Toyota, police said.

Girgis suffered fatal injuries and was pronounced dead at the scene.

The other pedestrian hit, a 32-year-old man, suffered severe injuries and was transported to hospital.

Occupants of the Honda and the Toyota were also taken to hospital with minor injuries.

Toronto paramedics said they transported a total of seven people to hospital. 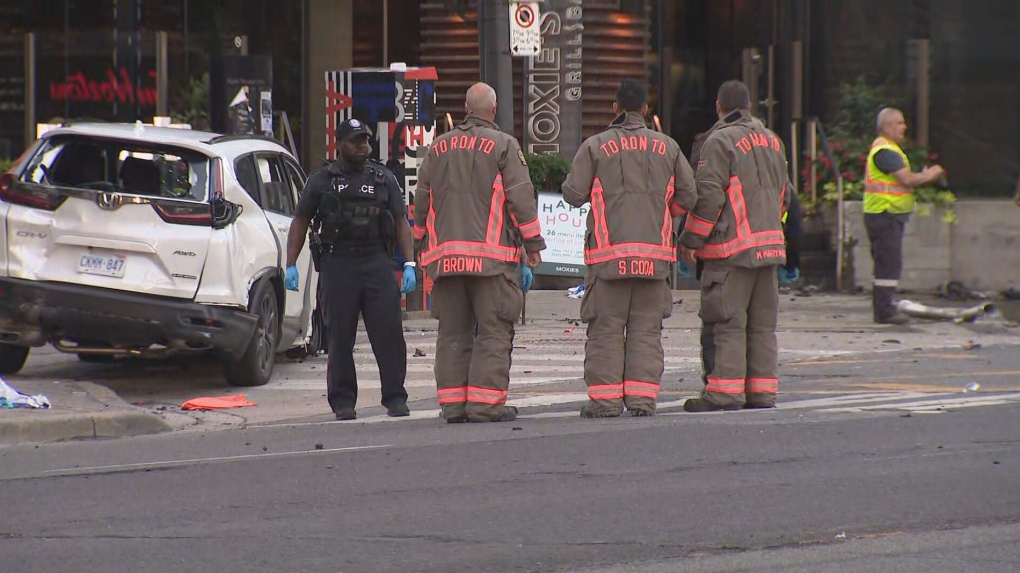 One person is dead and seven others have been injured after a collision at Wellington Street and University Avenue Friday night.

Thakur was set to appear in court on Saturday. The charges have not been proven.

Police are asking anyone with information or security or dash camera footage to contact investigators at 416-808-1900 or Crime Stoppers anonymously at 416-222-TIPS (8477).