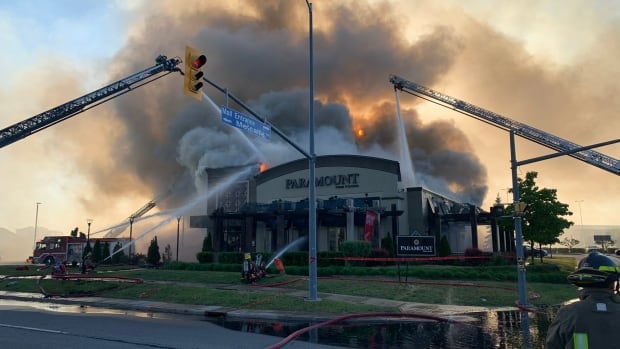 Firefighters battled a three-alarm fire that gutted a Mississauga restaurant on Sunday evening, but left no one injured.

Fire crews arrived and entered the building with an offensive attack, but later realized they would not be able to put out the fire from the inside due to the unique structure of the building and high heat conditions, said Mississauga Fire’s Acting Platoon Chief Graham Gold.

Gold said restaurant staff were unaware of the fire, and it took a passerby near the scene to see the flames on the roof and alert the staff to evacuate.

The roof later collapsed due to fire damage. Gold said there are no reported injuries.

The cause and origin of the blaze have not yet been determined.

Gold said the Office of the Fire Marshal has been notified because the damage caused by the fire is estimated to be over $500,000.