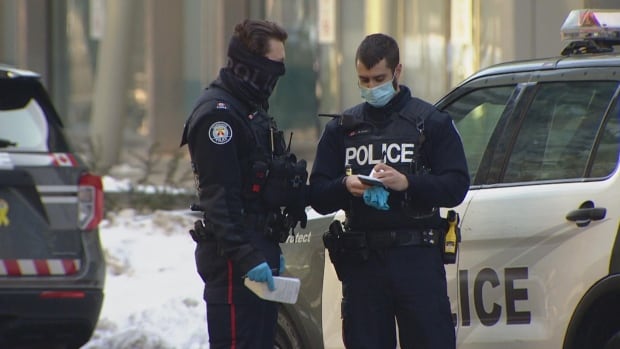 City officials are investigating the owner of a downtown condo unit after glass bottles were thrown from its balcony down to the road below on the weekend.

In a statement on Monday, the city said it appears that the unit, on the 35th floor of a building in the area of York Street and Lake Shore Boulevard, was used as a short-term rental.

The city said its short-term rental unit will determine whether the property owner broke any bylaws.

Toronto police said a large group of people were in the condo on Sunday afternoon and the bottles narrowly missed officers below. Police were called at about 2:35 p.m.

Short-term rental operators are allowed only to rent a principal residence short-term and must register with the city..

Four men, three from Toronto and one from Hamilton, were each charged with the following:

The men, who ranged in age from 22 to 37, were scheduled to appear in court Monday morning.

Seven other people were charged with failing to comply with COVID-19 emergency orders under the Re-Opening Ontario Act, police said.