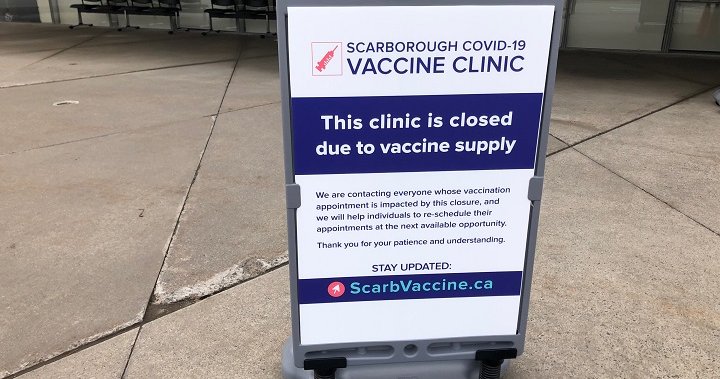 Toronto is expected to announce its first workplace closures today under new rules meant to curb the spread of COVID-19.

Public health units in both Toronto and Peel introduced the rules, which allow them to shutter establishments where five or more workers have tested positive for COVID-19 over a 14 day period.

Toronto Public Health said it was conducting investigations over the weekend and planned to announce which workplaces would be affected today.

It partially closed two Amazon fulfilment centres — one in Brampton and one in Bolton.

Peel Region could also announce new closures today, as it says it plans to update its list of affected workplaces each weekday at noon.