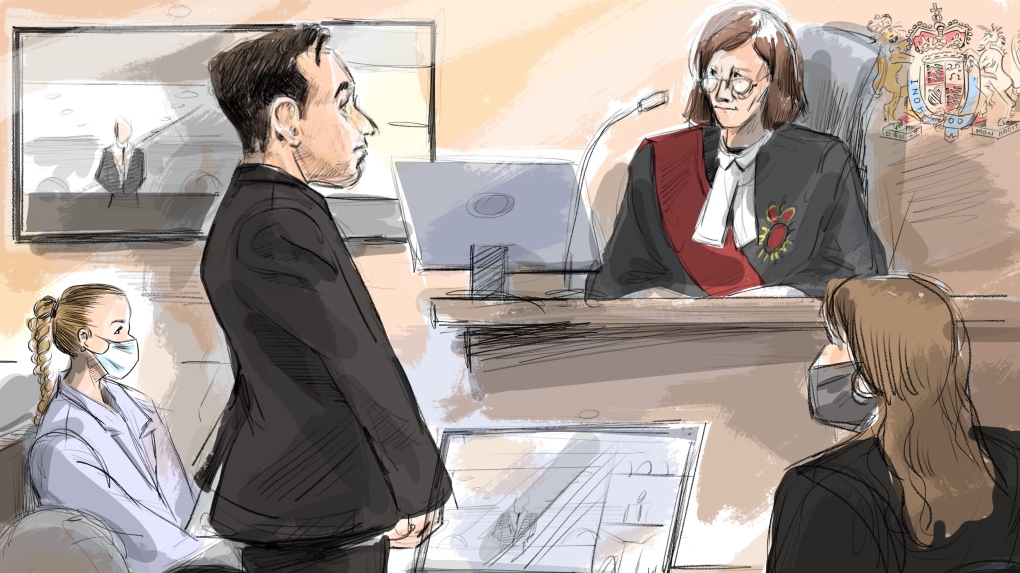 Prosecutors allege Canadian musician Jacob Hoggard repeatedly and violently raped a teen girl and a young woman, both of whom had travelled to see him in the Toronto area, in two separate incidents in 2016.

In an opening statement to jurors this morning, Crown attorney Kelly Slate laid out the evidence prosecutors expect will emerge in the singer’s trial over the next few weeks.

She says the first complainant was a longtime fan of Hedley, the band Hoggard fronted, and they began communicating when she was 15 — messages the Crown alleges became “romantic and sexual in nature.”

Slate says court will hear Hoggard arranged for the teen to come to a Hedley show at what is now the Scotiabank Arena in Toronto in April 2016, then groped her and tried to kiss her neck backstage when she was too young to consent.

Prosecutors say the girl left early after pretending she had been called in to work, then blocked Hoggard from messaging her and never went to a Hedley concert again.

The Crown says the second complainant met Hoggard on Tinder when he was in Ottawa to perform for WE Day, and the two began exchanging messages through text and Snapchat.

Slate says they planned to meet in Toronto in November 2016, and while the woman anticipated they would be having sex, she did not consent to what happened.

Prosecutors allege Hoggard raped the woman vaginally, anally and orally, slapped her, spit in her mouth and choked her so she couldn’t breathe. At one point, the Crown says, he dragged her to the bathroom by her legs.

Slate says the court will hear that during both incidents, the complainants were crying and saying no over several hours and that both were left bleeding, bruised and sore.

Hoggard pleaded not guilty Wednesday to two counts of sexual assault causing bodily harm and one of sexual interference, a charge that refers to the sexual touching of someone under the age of 16.

He was arrested and charged in 2018 and a preliminary hearing was held the following year.

Hoggard was originally set to face trial in January 2021 but the case was postponed on multiple occasions due to the COVID-19 pandemic, which saw new jury trials put on hold for months.

Neither complainant can be identified under a publication ban. The identities of several witnesses are also protected under the ban.

This report by The Canadian Press was first published May 5, 2022.