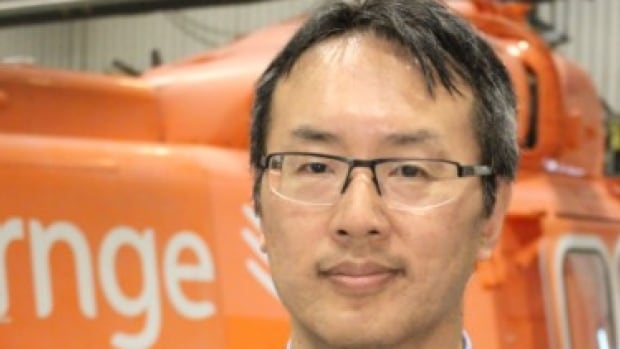 The Ontario government says it has chosen Dr. Homer Tien, the CEO and president of Ornge Air Ambulance, to lead its COVID-19 Vaccine Distribution Task Force.

Tien, also a trauma surgeon at Sunnybrook Health Sciences Centre, will be the “operational lead” of the task force as the province prepares to move into Phase 2 of its COVID-19 vaccine rollout, according to Stephen Warner, spokesperson for Solicitor General Sylvia Jones.

Tien’s official title is chair of the task force and he replaces retired Gen. Rick Hillier in that role. Hillier stepped down when his contract expired on March 31. He declined a request to stay on.

“Dr. Tien has been part of the Task Force since it was established and has worked closely with the province on leading Operation Remote Immunity,” Warner said in an email on Sunday,

According to the government’s website, Tien will be chair part-time and his term began April 1 and will until August 2021. The province has not yet disclosed how much Tien will make as chair.

Warner thanked Hillier for his service to the province. Hillier received $20,000 a month, according to a cabinet order.

“The plan and infrastructure are now in place, and the province is administering more and more vaccines each day. We are grateful for his leadership and guidance in getting us this far.”

Hillier’s tenure was marked by criticism about distribution pace and communication. He oversaw the launches of the provincial vaccine booking portal as well as pilot projects allowing select pharmacists and primary-care providers to begin administering the coveted shots.

Ornge said Tien, who was already part of the provincial taskforce and helped oversee vaccine delivery to several remote communities, will stay on as the ambulance service’s president as he takes on his new role.

In a tweet early Sunday, Ornge announced: “As Ontario moves into Phase 2 of our vaccine rollout plan, Dr. Homer Tien, trauma surgeon and President and CEO of Ornge, Air Ambulance, will serve as the operational lead of the COVID-19 Distribution Task Force.”

The government said Tien was medical director of Tory Regional Trauma Centre at Sunnybrook Health Sciences Centre, before he worked with Ornge, and is a colonel in the Canadian Armed Forces, having served as a trauma surgeon and chief of military medical and surgical specialties.

The government said it has administered more than 2 million vaccines and has capacity to administer upwards of 150,000 vaccines per day depending upon supply. In Phase 2, Ontario will begin to vaccinate frontline workers.

The task force advises the Ontario government on delivery, storage and distribution of COVID-19 vaccines. It will also provides support for the health care system as it delivers the “phased” vaccination program.