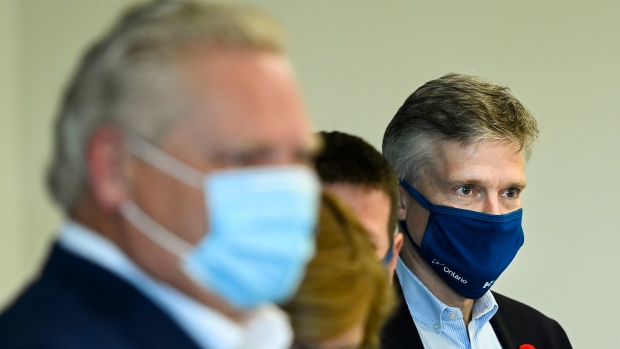 TORONTO — Ontario Premier Doug Ford is expected to have a “very tough conversation” with his finance minister today over a controversial Caribbean vacation.

The premier has said Rod Phillips is set to return today from St. Barts, where he has been since Dec. 13.

Ford said Wednesday he wasn’t told about the trip ahead of time, but did learn about it shortly after it began, and should have demanded Phillips return immediately.

He said it’s “unacceptable” for any public official to ignore the province’s COVID-19 guidelines, which urge residents to avoid non-essential travel.

Phillips said earlier this week he chose to go ahead with the trip not knowing the province would be placed under lockdown on Boxing Day.

He said he regrets the decision.

This report by The Canadian Press was first published Dec. 31, 2020.