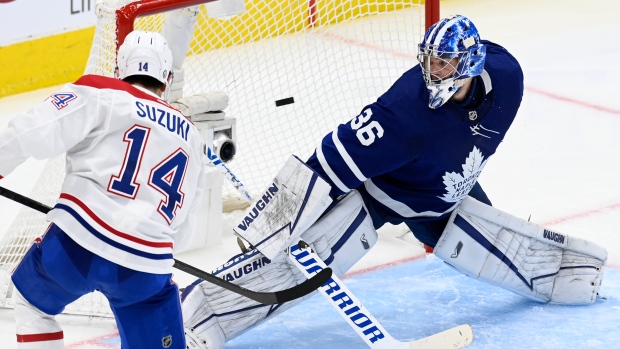 TORONTO — After a two-game lead early on in the first round of the playoffs, the Toronto Maple Leafs will now be fighting to remain in the series.

The Toronto Maple Leafs will play Game 7 against the Montreal Canadiens at Scotiabank Arena at 7 p.m. Monday night.

The two teams are tied for the series, which means that winning tonight’s came is critical if the Leafs want to remain in the playoffs.

CTVNewsToronto.ca has live coverage of the game highlights below: