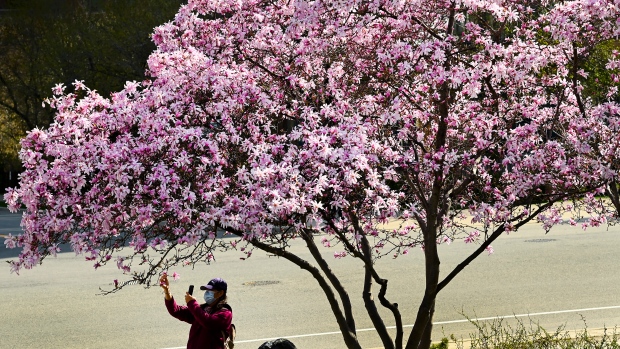 TORONTO — Health-care workers across Ontario still struggle to obtain personal protective equipment to shield them from COVID-19, three major unions said Sunday as they called on the province to do more to ensure their safety as the pandemic rages on.

Unifor, the health-care arm of the Service Employees International Union and the Canadian Union of Public Employees also called for a “universal wage” of $25 an hour for all personal support workers regardless of what part of the provincial system they work in.

Both messages are part of a provincewide public awareness campaign set to launch in workplaces on Monday.

The secretary-treasurer of CUPE’s Ontario Council of Hospital Unions said many workers were denied access to PPE at the beginning of the pandemic, contending it was often kept under lock and key by employers.

Sharon Richer said that practice continues today in some cases, despite assurances from the province that it has a stockpile of 12.4 million pieces of PPE such as N95 masks.

“We’re asked to work with a deadly virus,” she said. “We’re not provided with the tools to protect ourselves and not supported if we become ill from it. We demand better from this government and our employers.”

The unions, which represent 175,000 health-care workers, say thousands of them have contracted COVID-19 throughout the pandemic and 20 have died from the virus.

Richer said early in the pandemic there was debate about how COVID-19 was spread and N95 masks were difficult to obtain.

But as the pandemic nears its one-year anniversary, she argued there is no excuse not to provide workers with vital protective gear.

“The masks were very scarce,” Richer said. “They’re not now. … We shouldn’t have to go into work on a daily basis and beg for protection to keep us safe from this virus.”

SEIU President Sharleen Stewart said the unions are also asking the government to raise the wages of personal support workers in all health care settings to $25 an hour.

The pandemic has illustrated the importance of PSWs in hospitals, long-term care, and in home care, she said.

A staffing study released by the province last year illustrated the disparity between PSW wages in different sectors of the health-care system.

It found that PSWs in Ontario long-term care homes make an average hourly wage of $22.69. That compared to the $17.30 average hourly rate paid to PSWs delivering home care.

Stewart said working conditions for PSWs are poor, full-time opportunities and benefits are hard to come by, and wages are low.

“The government … must raise the minimum wage for personal support workers and make it universal in every sector,” she said. “Whether you work in a hospital, a nursing home or in home and community care, a PSW, is a PSW, is a PSW.”

Katha Fortier of Unifor said workers will participate in the campaign in the coming weeks, as Ontario prepares to launch its 2021-2022 budget.

“COVID-19 has over-stressed Ontario’s health-care resources and led to the tragic failure of the long term care system,” she said. “But the truth is the pandemic revealed systemic problems that frontline workers have been struggling with for years.”

Ontario’s Ministry of Health did not immediately respond to a request for comment.

During the pandemic, Ontario has spent hundreds of millions to provide temporary pay hikes to workers throughout the health-care sector.

In October, the province said it would provide a targeted wage increase between $2 to $3 an hour to more than 147,000 personal support workers.