TORONTO — Inside a former abattoir in downtown Toronto, new life is being given to some dead wood.

Jarvis, is one of the co-founders of “Just Be Woodsy,” a local company that’s taking trees from Toronto’s parks and city streets and turning them in to one-of-a-kind pieces.

Jarvis says the idea sprouted several years ago, after learning that most of the trees being taken down by the city were simply turned in to mulch or firewood.

“You have about a two per cent die-off naturally and that’s about 100,000 trees, think because there’s almost 11 million trees in the City of Toronto, so you have a huge amount just naturally coming down.”

The company bid for and won, a contract with the city. It is now the recipient of trees taken down in the core. 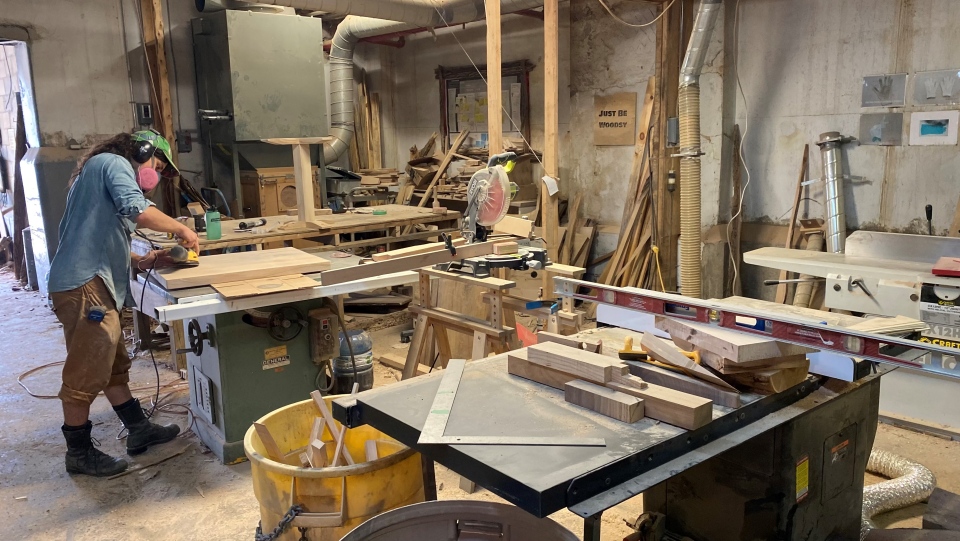 There are nearly 220 types of trees growing in the city. Jarvis says, each year, for a variety of reasons, including disease and rot, thousands are taken down.

“There’s certainly a lot of Norway maple coming down these days, there’s a lot of silver maples coming down that are a 120 years old and they’re getting too big and their limbs become liabilities and so the city has to take them down,” he said.

“But there’s also a lot of beautiful oaks … beautiful black and red oaks and old white oaks. A lot of ash coming down, used to be a big part of the canopy and it’s getting attacked by the emerald ash borer.”

“I think most people in the city don’t realize what a resource that the trees around them are,” said Alex Budding, the company’s arborist and the man in charge of supply. “We have such a large selection of trees, we’re able to source and kind of cherry-pick the ones that are the best logs.”

And those logs are given a new life inside the company’s downtown facility. The wood is milled, and kiln-dried, and then turned into a variety of products. From coasters to charcuterie boards, plates to play logs, and a variety of tables. Craftspeople have been cranking out just about everything you can make from wood. 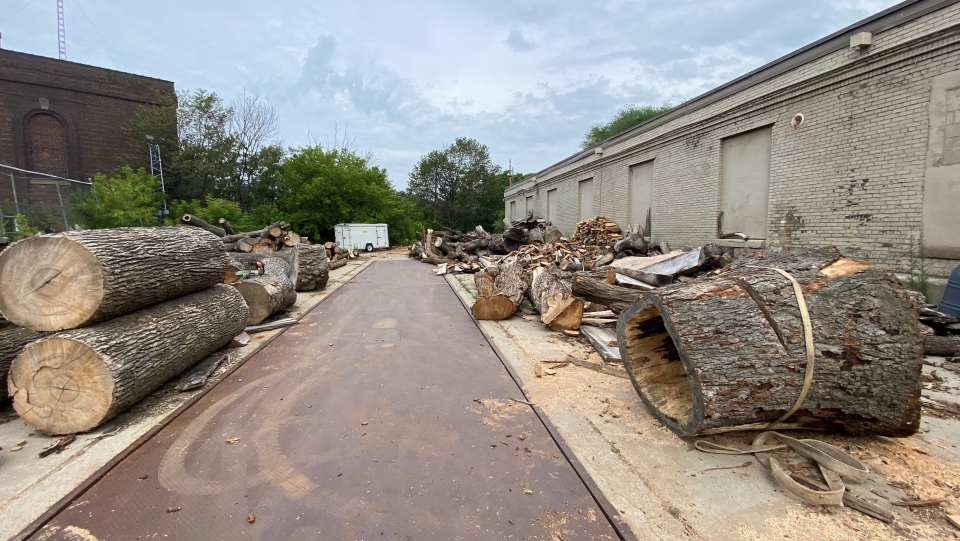 “We’ve made beehives out of it, chopsticks, there’s just tons of things that you can do with it really,” Jarvis said.

“I think there’s just that natural affinity to renaturalize our spaces. I think that when you’re confronted with a lot of concrete, a lot of noise, a lot of busyness around you in the city, a bit of chaos, there’s something really grounding and beautiful about a natural material like wood.”

Each hand-made piece is also laser engraved with the type of tree/wood, as well as the location it came from, including in some cases the neighbourhood, and in others, the exact geographic co-ordinates where the tree once stood.

For co-founder, Sinead Wills, it’s all part of allowing people to feel connected to their environment.

“Having people understand that the tree grew right around them. There’s a real sense of connectivity and it’s really important these days. You know a lot of goods are imported, and it’s just a table but to have a table that you know grew right in your area or your city, it’s one of a kind. It’s a very beautiful and unique piece.”

The pieces, which range from $20 to a several thousand dollars, can be ordered through the company’s website. They’re also accepting ideas as to what products they could try and tackle next. 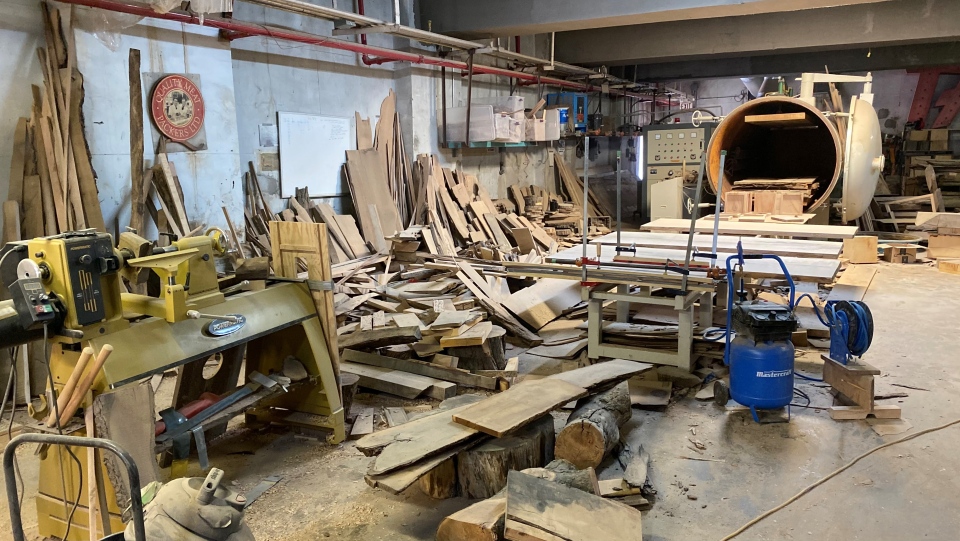 For Budding, the best part of the job is seeing a fallen tree he’s collected end up as a new item in someone’s home.

“It just so means so much for them to have it living in their house in a variety of different forms and it’ll last forever that way. It’s really special for us.”