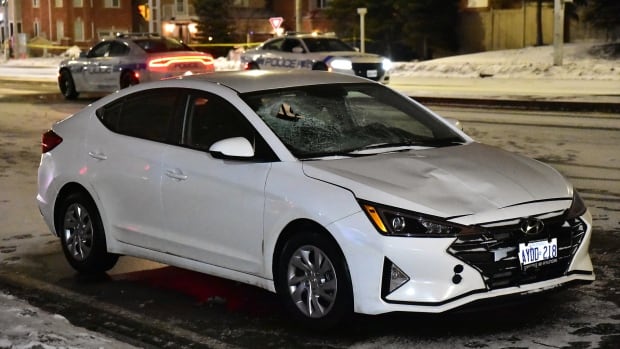 A man, 51, has died of his injuries in hospital after he was struck by a vehicle in Brampton on Saturday night, Peel police say.

The collision happened in the area of Bovaird Drive West and Brisdale Drive, near Chinguacousy Road. Emergency crews were called to the scene around 9 p.m.

Peel paramedics took the man in life-threatening condition to St. Michael’s Hospital in Toronto. He died of his injuries there.

There was heavy damage to the windshield of the car involved in the fatal collision.