A 34-year-old man and 24-year-old woman have been charged after the body of a newborn baby, police say, was found buried in the basement of a Hamilton home in the central lower city.

“This is a tragic scenario that’s gone on here, one that no police officer or individual wants to deal with,” he said.

Callender said police believe the two people charged, both from Hamilton, are the baby’s parents. 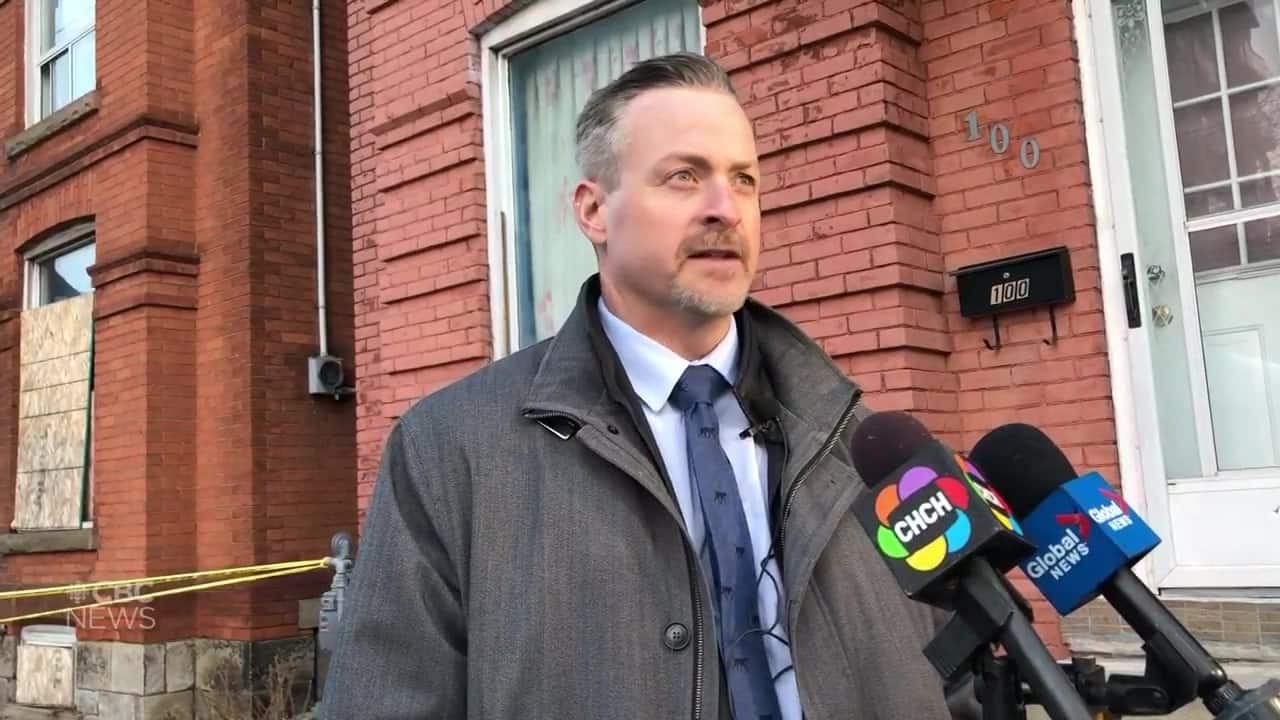 Hamilton police have charged a 34-year-old man and 24-year-old woman after finding the body of a newborn baby buried in the basement of a home in the central lower city. 4:34

They are facing charges for criminal negligence causing death and interfering with a dead body.

They appeared in court yesterday for staying unlawfully in a dwelling and Callender said they were transient in nature.

“We’ve spoken with both of them and part of the information they provided to us has been of assistance to us,” Callender said.

He also said he couldn’t discuss why the baby was buried. “Circumstances arise and are part of this investigation. There’s some sensitivity to that, so I’m not going to discuss that.”

Baby was buried in basement

The investigation began shortly after midnight on Wednesday when police received a tip about an unconfirmed report of a buried baby at a Wellington Street North address.

Neighbours who live on the street say the property has been used by drug users, squatters and hasn’t been maintained by the owners.

Previous real estate listings online show the home is more than 100 years old and has an unfinished basement.

Callender said there was soil in the part of the basement where the baby was buried.

Vehicles from the forensics unit were parked outside the home while a cable from a power generator lead into the home.

Callender said the investigation will continue for the next few days as the coroner conducts a post-mortem examination to determine the cause of death.