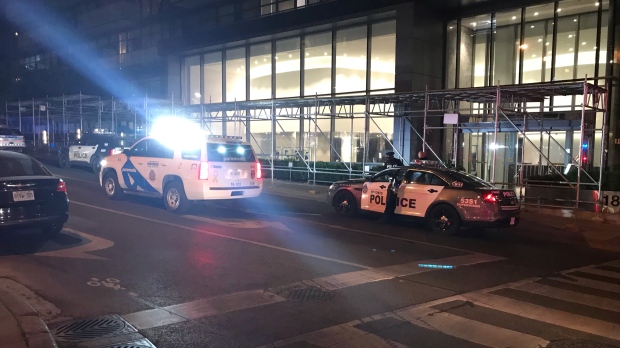 TORONTO — The province’s police watchdog is investigating after a man in crisis was shot and killed by Toronto police during an interaction in Midtown Saturday evening.

Emergency crews were called to 1815 Yonge Street, south of Davisville Avenue, for reports of a man armed with a knife.

Insp. Andy Singh told reporters that there was a brief interaction with the man when police arrived.

“As a result, one of the officers discharged their firearm. The individual that was in crisis was struck with this shot,” he said.

The man was taken to a trauma centre in life-threatening condition but police confirmed he later died.

Singh said one officer sustained knife wounds during the altercation and was taken to hospital for treatment. The injuries are not serious, he noted.

There were no other people injured in the incident, Singh said. Police initially said there were reports that the man was attacking a woman with a knife.

Singh said the 911 call came from a family member of the man.

“Unfortunately, there’s not much more I can share at this point just to maintain the integrity for the Special Investigations Unit, which is going to be conducting the investigation,” he said.

The SIU is called in to investigate whenever police are involved in a death, serious injury or allegations of sexual assault.