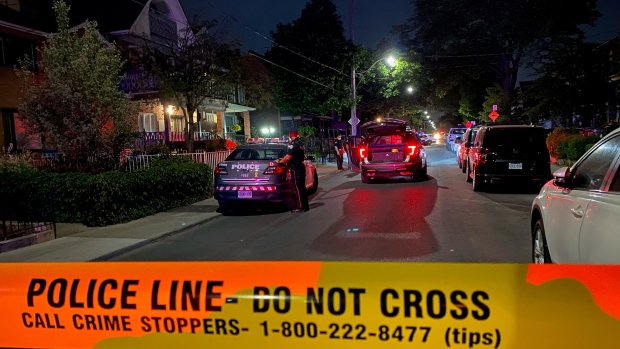 TORONTO — A man is in serious condition in hospital after he was shot outside a home in west Toronto on Monday night, paramedics say.

Toronto police say they were called to 30 Wallace Avenue, west of Dufferin and Bloor streets, after 11:30 a.m. for a report of gunshots fired.

They arrived to find a man suffering from a gunshot wound.

Paramedics said he was taken to a hospital trauma centre in serious but non-life-threatening condition.

Wallace Avenue was closed between Dufferin Street and Pauline Avenue for a time to allow for an investigation.

Anyone with information is asked to call police at 11 Division.