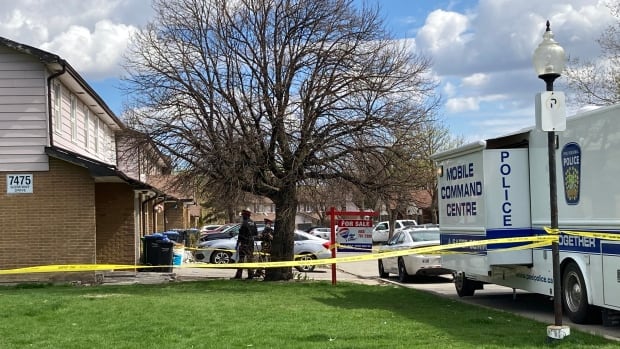 Homicide detectives are investigating after a man with gunshot wounds was found dead in a Mississauga home early Sunday.

Peel Regional Police said they received a 911 call about an incident in a home in the area of Goreway Drive and Morningstar Drive at about 6:40 a.m.

When police arrived, they found the man. He was pronounced dead at the scene.

No age has been released because officers are notifying next of kin.

A command centre has been set up, and the area around the home is behind police tape.

Peel police’s homicide bureau has taken over the investigation.