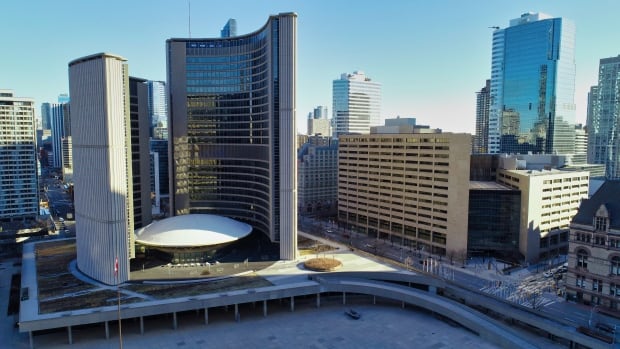 For more than a decade, the Regional Municipality of York has been trying to collect $775,317.50 from Edward Sivitilli, the individual with the largest unpaid fine in the Greater Toronto Area.

While most people pay their fines on time, information collected by CBC News shows many who face the province’s harshest financial penalties are able to avoid paying.

Toronto alone is owed $552.4 million in unpaid fines. The majority of those are highway traffic or auto insurance tickets – rarely above $5,000 in value. However, there are 17 defaulted fines owed to the city that are worth $250,000 or more and another nine similar fines are owed to Mississauga, Brampton, York and Durham.

Collectively, these 26 fines make up $12 million owed to the governments of the GTA.

According to a statement from York Region, Sivitilli contravened the retail sales tax act when he was operating a number of dollar stores in Vaughan. It says he failed to remit more than $1.2 million in sales taxes, and made “false or deceptive statements,” on tax returns in 2002.

For it’s part, York Region said “appropriate collection actions are being taken to collect on the defaulted fine.” Those actions include issuing a certificate of default which would allow the municipality to garnish wages, bank accounts, or seize and sell personal property. It can also add unpaid fines to an offender’s municipal tax bill.

For a fine to be added to a municipal tax bill, the offender must be sole title holder of the property, when assets aren’t in an offender’s name the municipality’s hands are tied.

Sivitilli owned a home at the time the offences were committed, but CBC News could not find any records showing he has owned property in Ontario since his fine was issued.

A loan application for a luxury car shows that despite owing York Region three quarters of a million dollars, Sivitilli has been able to access credit.

His name appears as co-signer on financing for a 2017 Audi A7 Technik, which went into production many years after his fine defaulted. The application states his address as a home in Woodbridge but property records show that home is owned by two other Sivitillis.

Publicly disclosed corporate documents state Sivitilli is the CEO and 10-per-cent owner of a company called PesoRama, which runs a chain of retail stores in Mexico. The business address for the company is in an office tower in Calgary, but Sivitilli’s contact number in those documents is listed with a 416 area code.

The reasons for the defaulted $250,000 fines owed to GTA municipalities vary widely, from travel industry act violations to occupational health and safety issues.

Most of the 10 largest fines are owed by corporations, though Sivitilli and another individual who owes Durham $490,000 under the Tobacco Tax Act place third and seventh respectively.

The largest fine in the GTA, $2.8 million, is owed to Toronto under the Environment Protection Act. It was charged to 1367229 Ontario Inc. as a result of the Sunrise propane explosion in 2008. In total, the various Sunrise Propane Energy Group companies and their directors owe $5.3 million and lost their final appeal fighting the fines in 2017.

Court records show that a 20-day fire at the company’s over capacity garbage dump on Keele Street released thick black smoke over neighbouring homes. While the company is still listed as active it has not filed an annual return since 2009.

The statute of limitations never expires on provincial offence act fines, which means that while companies like Ontario 2020700 Inc. may never pay, their debt will remain on record with municipal collection departments forever.