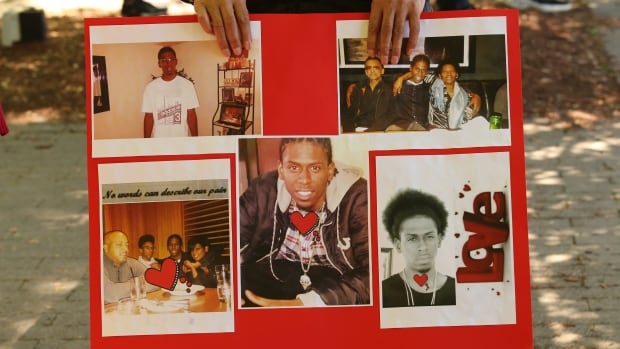 Ontario’s Special Investigations Unit has determined there are no grounds to charge a Peel police officer in the fatal shooting of 28-year-old Jamal Francique last January in Mississauga.

Francique was shot by a Peel officer during the course of being arrested and then crashed his vehicle into a garage, according to the police watchdog agency.

Francique’s family has said he lived with schizophrenia and bipolar disorder and was unarmed when he was shot in the back of the head while in his car.

According to Peel police, on Jan. 7, undercover officers were investigating a vehicle for suspected drug activity at Southampton Drive and Eglinton Avenue in Mississauga. Officers found Francique, who the SIU said was considered a person of interest, in the vehicle.

Police have said Francique drove at the officers when they approached.

“One of the officers fired several shots at the vehicle, striking the driver. And the vehicle then drove into a garage in the townhouse complex just behind me,” Const. Sarah Patten had told reporters at the scene of the crash.

Francique was taken to hospital and remained alive on life support until he died on Jan. 10.

In a release issued Wednesday, the province’s police watchdog said that based on their review of the evidence, the SIU has determined there are no grounds to lay charges against the officer who shot Francique.

In June of 2020, five months after Francique’s death, a vigil was organized by a group of friends and community members who wanted to ensure accountability in his death.