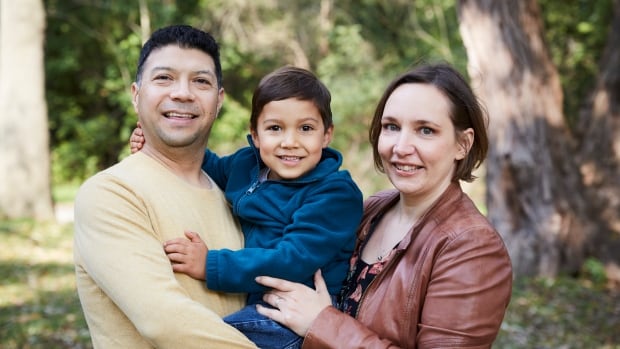 As the provincial government works to update its vaccine rollout with new guidelines announced Thursday all but ensuring speedier immunization, Ontarians with serious health conditions want more details on when they’ll get vaccinated.

“Basically, where do we fit? Where do people like me fit within the plan?” asked Claudio Leiva.

Leiva underwent a kidney transplant eight years ago, which means he has to take drugs to suppress his immune system so his body won’t reject the transplanted organ. That, in turn, leaves him vulnerable to the novel coronavirus, which has forced his family to live under an even stricter lockdown than the rest of the population for the past year to keep him safe.

On the rare occasions that they do need to leave the house, they say every outing brings another level of stress.

“For the next 14 days after the visit to the store, we’re like, ‘What’s happening? Am I going to get sick? Do I have a little cough?'” Leiva said.

To mitigate the risk of getting COVID-19, the family switched their five-year-old son Nico to a special school that’s completely outdoors.

On Wednesday, Ontario received new guidelines from the National Advisory Committee on Immunization (NACI) saying that the interval between shots for both the Pfizer and Moderna vaccines can be extended to 16 weeks.

The move will allow more people to get a first dose more quickly, and people like Leiva want to know when their turn is coming.

A new timeline is on the way: ministry of health

For its part, British Columbia has detailed the health conditions that make someone vulnerable, with transplant recipients at the top of the list.

Ontario has not yet assessed its vulnerable populations to this degree, though under the current timeline, vaccinations for people with chronic conditions is slated to begin in April.

The province says this is likely to be sped up as vaccine supply ramps up.

The new guidelines on time between doses for some vaccines prompted Ontario Health Minister Christine Elliott to announce Thursday that a new timeline is on the way.

“We know people are anxious and we’re anxious to let them know when they can receive a vaccine,” she said.

Kerry Bowman, a bioethicist at the University of Toronto, says more transparency on these tough decisions is key. He says it’s not just people with health conditions looking for more answers.

“I’ve actually heard from a couple of physicians who have asked me, saying, ‘I want to advocate for my patients because they clearly have vulnerabilities’ … So, even within the health-care system, there seems to be a lack of clarity as to how one moves forward with that.”

Bowman also believes the vaccine rollout could have been triaged better, saying leaving so many people to the end of the list was a “grave mistake.”

“We’re approaching the second week of March and we still have both medically vulnerable people and people who are 80-plus who have not received vaccines.”

While vaccinating first responders and front-line health-care workers is important, Bowman says it consumed so many vaccine doses, and he wonders whether it was the right thing to do.

“I think we have to target the people that are most likely going to run into trouble with COVID-19, and that’s age and other vulnerabilities.”

Leiva and his wife, Karen, say the wait has been too long.

As the 46-year-old waits for his vaccine, taking immuno-suppressants regularly, his loved ones say they will continue to wait for answers from the government regarding their place in the queue.