TORONTO — The Ontario government is considering extending the stay-at-home order across most of province but will begin to gradually reopen the economy in some areas as soon as next week, sources tell CTV News Toronto and The Canadian Press.

Premier Doug Ford met with his cabinet on Friday to discuss what measures need to be taken to control the spread of COVID-19 in the province and an official announcement could come as soon as Monday.

Sources told CTV News Toronto that Ford’s cabinet was urged by public health officials to extend the stay-at-home order for at least one more week – until Feb. 16 – across most of the province, while pushing it an additional two weeks – until Feb. 22 – in Toronto, Peel Region and York Region.

It’s unclear what, if any, decisions have been made or finalized.

The Canadian Press reported on Friday evening that Ontario will begin to gradually reopen the economy in select regions on Feb. 10.

According to the plan, the province will have an “emergency brake” in place to allow the government to quickly move a region into lockdown if it “experiences a rapid acceleration in COVID-19 transmission or if the health-care system becomes overwhelmed.”

The measure is meant to help deal with the risk posed by new variants of COVID-19, a source, who was not authorized to speak publicly, told The Canadian Press.

The current stay-at-home order will remain in place until each region transitions back into a colour-coded framework that allows the province to rank health units based on case numbers and trends.

According to The Canadian Press, the phased reopening of the economy will start in four regions where transmission of COVID-19 is low.

Health units in Hastings Prince Edward, Kingston, Frontenac and Lennox and Addington, Renfrew County, and Timiskaming are expected to move into the least-restrictive green zone on Wednesday, which means restaurants and non-essential businesses can reopen.

On the week of Feb. 15, all remaining regions except three hot spots in the Greater Toronto Area are set to move to the framework based on their local case rates, The Canadian Press reports.

Toronto, Peel Region and York Region are expected to be the last to make that transition on the week of Feb. 22, but the source said any sudden increase in cases could delay that plan.

Ontario’s chief medical officer of health, Dr. David Williams, has said he would like to see daily cases drop below 1,000 and the number of patients with COVID-19 in hospital intensive care units below 150 before lifting restrictions.

Ontario is expected to allow the state-of-emergency, which came into effect on Jan. 12, to expire on Feb. 9.

In an exclusive interview on Friday, Health Minister Christine Elliott told CTV News Toronto that the province is looking at a careful reopening of the economy.

“When that stay-at-home order ends, then the transition back into opening back the economy has to be really carefully done or our numbers could go up again exponentially especially with the U.K variant,” Elliott said. 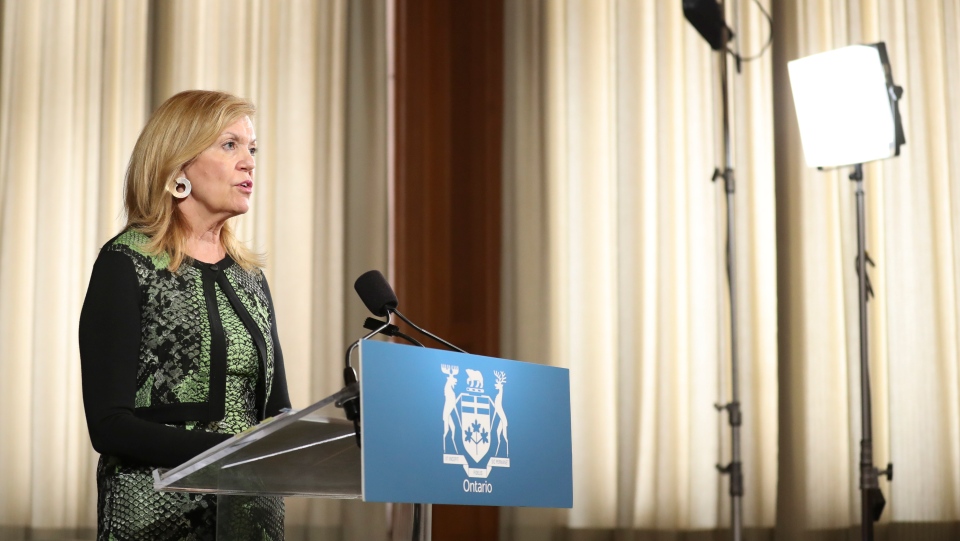 Elliott also expressed hope that the pandemic-related lockdowns are in the rear-view mirror.

“We don’t want to have to go into another lockdown another stay-at-home order,” Elliott said.

Since the lockdown came into effect, COVID-19 cases have declined, although public health officials have said the spread of more contagious variants of COVID-19 are a concern.

On Friday, Ontario reported 1,670 new cases of COVID-19, though that number may be inflated due to an overestimation in Toronto’s count due to a data migration issue, the government said.