TORONTO — An Ontario family that received a $2,448 hotel quarantine bill for a one-night stay after returning from a trip to India claim the hotel increased the price $621 when they checked in and forced them to pay adult rates for their eight-year-old son.

Mississauga, Ont. man Gaurav Arora returned to Canada along with his wife and son on March 5. Arora said they travelled to New Delhi to say goodbye to his wife’s father, who was in the last stages of his battle with cancer.

He said on March 2, while he was still in India, he booked a room for three-nights for three people at the Crowne Plaza Hotel, which is a designated hotel quarantine facility. According to Gaurav, he was quoted $1,829.

He said when his family arrived at the hotel, which is located close to Toronto Pearson International Airport, it was so busy in the lobby that guests were told to wait in conference rooms until they were called to check-in.

“We waited for three hours just to check-in,” Gaurav told CTV News Toronto over the phone. “Some people were waiting longer.”

When it finally was his turn to check-in, Gaurav claims staff at the hotel increased the price $621 because they said his eight-year-old son should be charged at an adult rate.

He said he argued with staff but they ultimately told him he was free to go elsewhere if he disagreed with the $2,448 price. 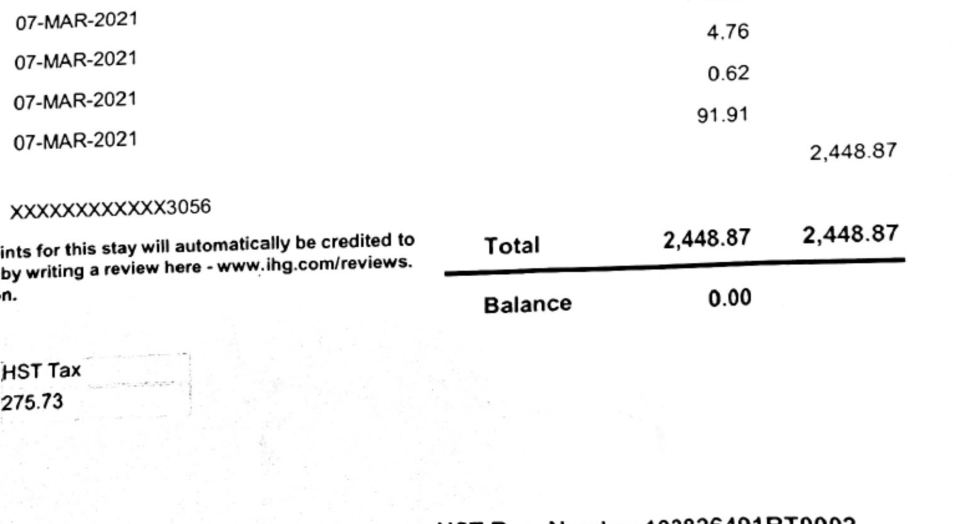 Gaurav said his family was tired, hungry and felt like they didn’t have any other options and agreed to pay. They went to their room and began their quarantine.

They spent less than 24 hours in the hotel before receiving negative COVID-19 tests, which meant they were allowed to complete the rest of their quarantine at home.

Gaurav said when he went down to the front desk to check out, the hotel would not refund him for the remaining two nights.

“It’s price gouging at the top level,” Gaurav said. “We would have been much better quarantining at home, rather than being exposing to that company’s hotel staff, guests, and security staff.””

Gaurav, who is now completing his quarantine at home, said he has disputed the bill with his credit card company.

Adding to the family’s stress, Gaurav said his father-in-law, who they were visiting in India, died while they have been in quarantine.

“We have been suffering through this entire ordeal,” he said. “I’m at a loss of words. It’s very unfair.”

IGH Hotels and Resorts, which owns the Crowne Plaza Hotel, has not responded to CTV News Toronto’s request for comment.

She was charged $3,458 for a one-night stay at the same hotel after returning from her father’s funeral in Portugal.

According to Teixeira, after her story went public, the hotel agreed to considerably slash the amount she was charged.

She told CTV News Toronto that the hotel has since agreed to only charge her $405 for her stay and has refunded the remaining balance onto her credit card. 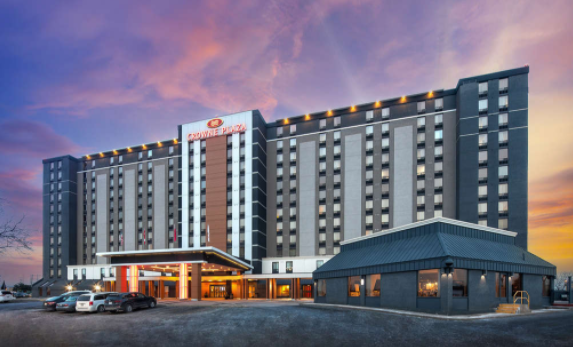 Teixeira said she’s “satisfied” with the price adjustment but “not happy” she had to go through the process of getting a refund.

When IGH Hotels and Resorts was asked about Teixeira’s situation earlier this month, the company said they don’t comment on individual bookings but said they are “aware of this matter and have been addressing with the hotel.”

All incoming air travellers to Canada must spend up to three days in one of the government’s approved hotels, at their own expense, as they await results of a COVID-19 test they were required to take when they landed in Canada.

Public Health Agency of Canada told CTV News Toronto earlier this month that “the hotels set their own rates and are subject to change.”

The new hotel stay requirement, which varies in cost depending on the hotel, began in February.