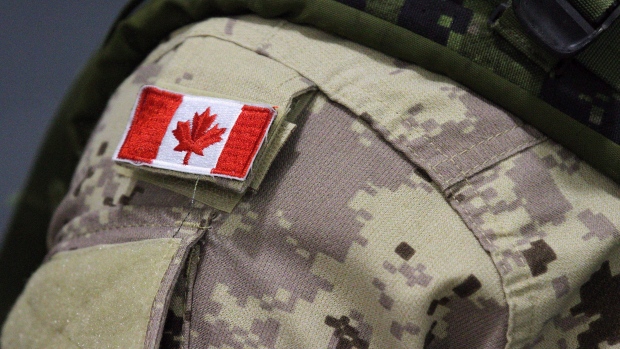 TORONTO — The Canadian government has approved a request from Ontario to send members of the Canadian Armed Forces to hospitals overwhelmed by COVID-19, the solicitor general says.

Solicitor General Sylvia Jones confirmed that on Friday the Ontario government asked the federal government for specialized nurses who can assist in intensive care, as well as other medical personnel.

She said in a press conference on Monday that the request had been approved.

Jones added in a statement released by her office that the Ontario government has been recently working to “identify health human resources” that could be sent to the province.

“At the conclusion of that process, we have made a request for the assistance of those identified resources, many of whom reside, for example, within the Canadian Armed Forces and Canadian Red Cross organizations,” Jones said. “In addition to the health human resources, we are requesting logistical and operational support as we seek to augment our response to COVID-19.”

Jones said the specific number of people being deployed to Ontario hasn’t been specific thus far.

Sources have told CTV News that the armed forces are now preparing to deploy their medical staff and that the teams sent will be substantive.

It was only 10 days ago Jones said in a statement that Ontario’s “only request” to the federal government was a “steady supply of vaccines.”

Those comments came after the federal government offered to send members of the Canadian Red Cross to Ontario to help with the vaccine rollout.

Meanwhile, Newfoundland announced Monday that it would send nine health-care workers, including the premier’s wife, to Ontario to help with the overwhelming number of COVID-19 patients.

They are expected to arrive in Ontario on Tuesday.