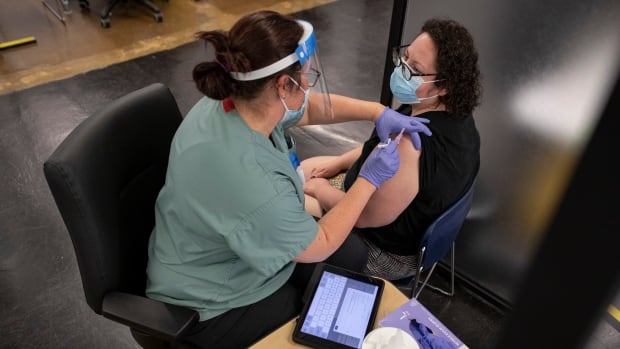 Ontario reported 916 new cases of COVID-19 on Monday, the fewest on a single day since mid-February, as Ontario Premier Doug Ford said an announcement on the remainder of the school year is coming in the “next day or two.”

Speaking at Queen’s Park this morning, Ford said his government is reviewing responses to a letter sent last Thursday that solicited advice from a range of expert groups, public health officials, teachers unions’ and other stakeholders.

The letter stressed that no firm consensus had emerged on whether to reopen the province’s school for several weeks in June and sought guidance on a number of key issues, including the risks posed by COVID-19 variants of concern.

Ford’s comments came as his government is poised to table a motion that would see a new top public health official in the province.

Williams had been slated to retire in September, after his initial term was extended amid the pandemic, but his last day has been pushed up by several months.

Moore currently serves as the top doctor at the Kingston-area public health unit, and is expected to take over from Williams on June 26.

Moore will start working with Williams on June 7 to ensure a smooth transition, the government said.

Today’s additional cases are the fewest confirmed on a single day in Ontario since February 17.

Labs completed 18,226 tests and Public Health Ontario logged a positivity rate of 4.3 per cent, the lowest reported on a Monday since March 15.

The seven-day average of daily cases fell to 1,078.

As of yesterday, there were 617 patients with COVID-related illnesses being treated in intensive care units. Of those, 382, or about 62 per cent, needed a ventilator to breathe. According to Critical Care Services Ontario, the median stay for COVID-19 patients in critical care is about 21.5 days.

The Ministry of Health also recorded the deaths of 13 more people with COVID-19, pushing the official toll to 8,757. The seven-day average of deaths stands at just over 19.

Meanwhile, public health units collectively administered another 97,747 doses of vaccines yesterday. More than 8.3 million Ontarians, or about 56.8 per cent of the province’s total population, have now had at least one dose.