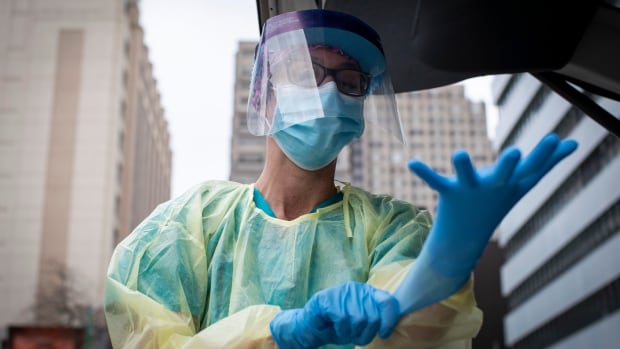 Ontario reported 287 additional cases of COVID-19 on Tuesday, a welcome drop after five straight days of new daily cases over 400.

The 1.1 per cent increase in total cases marks a departure from figures seen over the last two weeks, when growth rates have generally hovered between 1.5 and 1.9 per cent.

The relatively low number of new cases confirmed today, however, comes as testing levels in the province remain well below the benchmark of 16,000 per day.

Ontario’s network of labs processed just 9,875 tests since its last update, less than half of its 20,000 daily processing capacity. The backlog of tests waiting to be processed sits at 6,961.

The new instances — the fewest reported on a single day since March 31 — bring the total number of confirmed COVID-19 cases in the province since the outbreak in late January to 26,191. Of those, 76.2 per cent, or 19,958, are resolved.

The Greater Toronto Area continues to account for the majority of cases, slightly more than 65 per cent. During his daily briefing Monday, Premier Doug Ford suggested that certain areas of Brampton, north Etobicoke and Scarborough are currently “hot spots” for the novel coronavirus, though he didn’t get any more specific.

“Can the premier explain how families are supposed to know whether they’re actually in any of these hot spots if the government refuses to share that information?” she said, referencing a CBC News story about the issue.

In response, Health Minister Christine Elliott said the province is waiting to outline its full testing strategy, rather than revealing information in “bits and pieces.”

The ministry says it has data on case numbers narrowed down to particular area codes, but has so far declined to release that information publicly.

‘I think the point of testing now is to basically find out what the hot spots are,’ says Dr. Nour Khatib. It’s also key to know why they are happening, she says. 6:48

Ontario’s official death toll grew by 21 and now stands at 2,123. Data compiled directly from regional public health units, however, puts the current toll at at least 2,194 as of Monday evening.

Nearly 77 per cent of total deaths in the province were residents in long-term care homes. Speaking to media in Ottawa this morning, Prime Minister Justin Trudeau said that Canadian Armed Forces (CAF) members deployed in five long-term care facilities in Ontario have made “extremely troubling observations” about conditions to the federal government, and that the information has been passed on to Ford’s government.

“We must, as a country, improve the situation in those care homes,” Trudeau said.

“We are facing a situation that has clearly existed long before the pandemic in a number of long-term care homes. The support given to our seniors is not up to scratch,” Trudeau added.

A spokesperson for the premier’s office says the province will be releasing a report compiled by the CAF at Ford’s daily briefing.

Ford is scheduled to begin his news conference at 1:30 p.m. ET. According to his office, he will be joined by Solicitor General Sylvia Jones. You can watch it live in this story.

Officials from the Ministry of Long-term Care are also set to provide a technical briefing to media beginning at 12:30 p.m., though the ministry has not said what will be included in the session.

CAF members are currently deployed to the following long-term care homes in Ontario:

Meanwhile, the Canadian Forces said today that some 36 members working in long-term care homes in Ontario and Quebec have now become sick with COVID-19.

That’s up from 28 cases of the novel coronavirus among those troops less than a week ago.

The military has been deployed to nursing homes in the two provinces to reinforce workers overwhelmed by the illness, unable to keep up with residents’ needs because of all the protective measures they need to take, or off work because they’re ill themselves.

Much of their work includes tasks such as food service and moving and maintaining equipment, with some medical staff also serving in the homes.

Fourteen of the military members with COVID-19 are in Ontario and 22 of them are in Quebec.