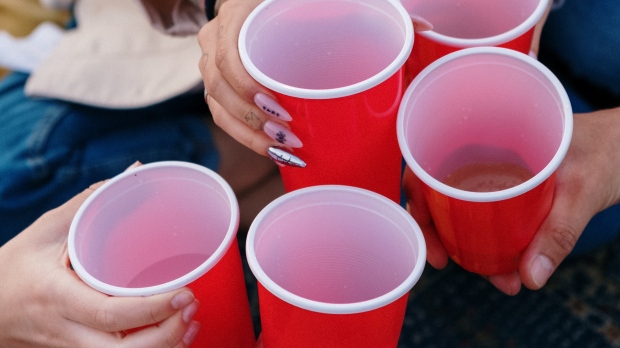 TORONTO — Police say 24 people were charged and $13,000 worth of alcohol was seized when officers came across upwards of 150 people partying inside a commercial building in Toronto.

Toronto police say that at 1:27 a.m. Sunday, they were called to a dispute in a laneway near Dundas Street West and Huron Street.

“On arrival, officers could hear loud music and people at a nearby property,” police said Monday.

Additional officers were called to the scene and they allegedly found 150 people partying without masks inside a nearby commercial building.

Everyone inside began to disperse but officers said they managed to stop 24 people and charged them under the Emergency Management and Civil Protection Act.

Police say they will continue to work to identify and perhaps charge other people who attended the party.

They also seized $13,000 worth of alcohol in the building.

Police say they have issued hundreds of tickets per week in recent weeks in connection with parties and other large gatherings taking place in violation of the stay-at-home order.

Anyone with information about the party is asked to call 52 Division.