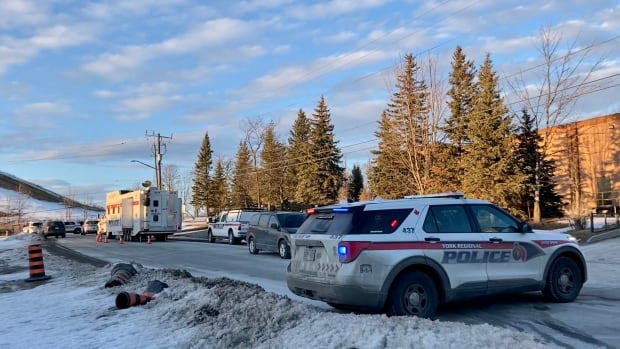 York Regional Police have identified a man who was found dead on a road in Vaughan, Ont. last week and say he died as a result of gunshot injuries.

On Feb. 25, at approximately 8 a.m., officers received a call regarding a body located at the end of a dead end street on Teston Road at Rodinea Road, just east of Keele Street.

When officers arrived, they located a man who was pronounced dead at the scene.

The death was deemed suspicious and York police’s homicide unit was called in to investigate. On Monday, the man was identified as 57-year-old Gus Kouboules of Richmond Hill.

A post-mortem revealed his cause of death was as a result of gunshot injuries.

Police didn’t release any more information about the circumstances leading up to his death.

Investigators are appealing to anyone who may have seen anything suspicious in the area or anyone with home surveillance video to contact them.